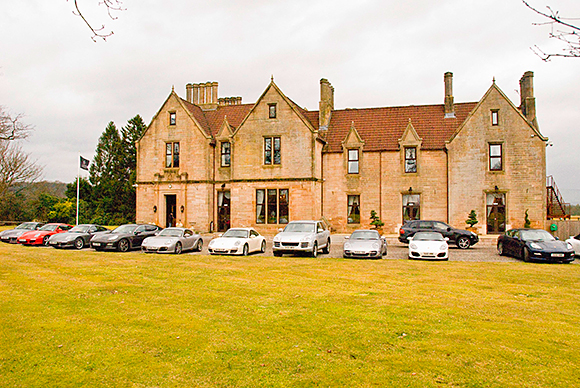 A NEW 120-bedroom hotel, luxury lodges and apartments are among plans being considered for Glenbervie House as part of a multi-million pound investment by the company behind the Stirlingshire hotel.

Aurora Hotel Collection boss Steven McLeod said he has scaled down his original plans to develop the estate, near Larbert, due to the current economic climate.
The revised proposal, which includes the hotel and spa, 12 lodges and 36 apartments, has been submitted for planning approval.
McLeod said he is hopeful the scheme will get the green light.
“The first phase of work will involve the creation of 12 new lodge houses, in a similar style and quality to the existing Coach House, and the construction of two blocks of 18 luxury, very spacious ‘city style’ apartment,” he said.
“We plan to re-invest the revenue from the sale of the apartments to fund the new hotel.
“When all elements are complete, we will have invested over £40 million in this development which will boost the local economy, generate over 250 new jobs and create fantastic new amenities in the area.”

Image – A new hotel, lodges and apartments could be built at Glenbervie House near Larbert.