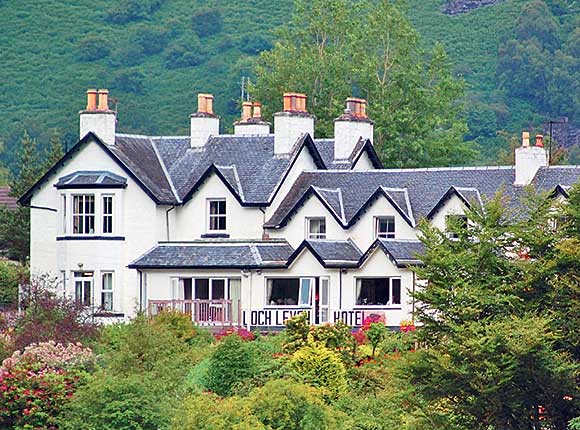 OPERATORS on the lookout for a business in the Highlands might be interested in two properties that have come onto the books of Christie & Co.

The agent is marketing the Dundonnell Hotel near Little Loch Broom in Wester Ross and the Loch Leven Hotel in the village of North Ballachulish, near Fort William.
Located at the point where Loch Leven meets Loch Linnhe, overlooking the mountains of Glencoe, the Loch Leven Hotel is being sold on behalf of Hilary Wilson, who has owned the business for the last 12 years and now plans to retire.
The 17th century property has 14 en suite letting rooms, a lounge bar, family room and the 30-cover Loch View Restaurant.
There’s also a modern detached three-bedroom owner’s bungalow and various outbuildings, which are said to offer scope for development.
“This is an excellent business in a first class location and offers the opportunity to acquire a traditional Highland hotel in a stunning loch-side setting,” said Christie & Co director Ken Sims.
The Loch Leven Hotel is being marketed with a guide price of £595,000.
Meanwhile, the agent is also handling the sale of the Dundonnell Hotel in Wester Ross, near Ullapool.
Originally built as a coaching inn around 1820, the property has been extended over the years and comprises 28 en suite letting bedrooms, the Broomberg Bar, a residents’ lounge, function room, restaurant and tea room.
Current owner Patricia Stevens has established the hotel as a music venue during her nine years of ownership. Monday and Friday evenings are said to be popular for jamming sessions, while a number of music workshops are held at the venue off season.
“Dundonnell Hotel is situated in a beautiful location with stunning views over Little Loch Broom and is a business which has consistently increased its turnover,” said Christie & Co’s Ken Sims.
“There is, however, still plenty of scope to develop the business in the future.”
Offers in the region of £400,000 are being sought for the Dundonnell Hotel.