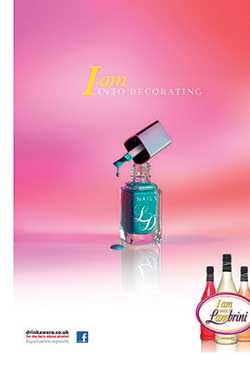 DRINKS company Halewood International is hoping to drive sales of its Lambrini brand over Christmas with a new advertising campaign.
Television and press ads will target the brand’s key demographic of 21-35 year old females, and are expected to reach more than 1.27 million women during November and December.
Launching next month, the TV adverts will run around shows such as Made in Chelsea, Celebrity Juice, Keeping up with the Kardashians and New Girl, while the press ads will feature in titles including OK!, Heat, Closer and Glamour.
Brand manager Lorna Tweed said the campaign will “deliver mass impact over the busiest trading period of the year”.