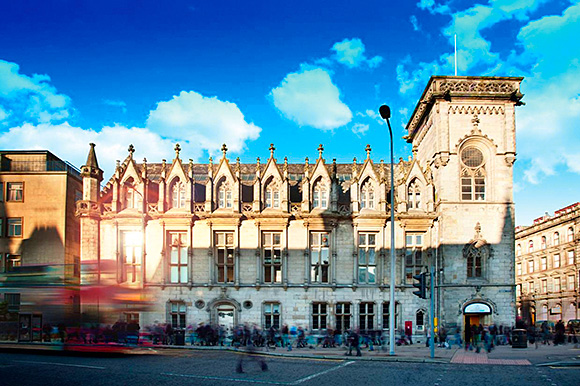 A NEW bar and coffee house is set to open in Dundee’s former stock exchange this month.

Property entrepreneurs John Gibson and Ross Morrison have spent £500,000 revamping the Grade A listed building on Panmure Street, which was also home to the Chamber of Commerce, to create Caffe Borsa.
The venue will serve a range of coffees, teas, wines and beers, while the food offer spans pastries, sandwiches and ‘grazing’ dishes, including oven baked pizzas, salads and tapas.
John said the outlet is designed for people to “meet, eat, drink and converse” and will feature live music at night.
“The idea behind Caffe Borsa is that it is a home from home; a genuine neighbourhood coffee house where the emphasis is on getting into a horizontal state of mind,” he said.
“It’s great to get the opportunity to breathe a whole new lease of life into a building that has played such a central role in the evolution of Dundee for almost 160 years.”