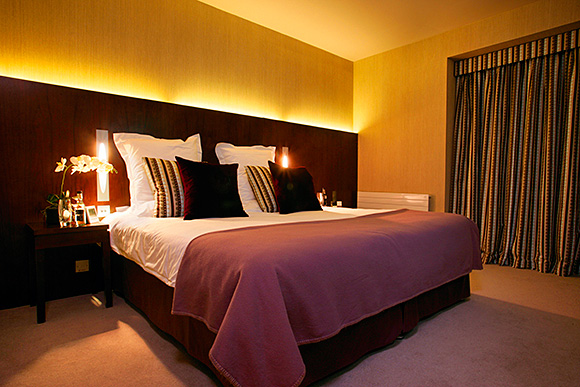 THEY captured the attention of the nation, but it seems the Olympics had a negative effect on the Scottish hotel trade.

A new survey found that room occupancy fell 2.4% across Scotland during August, with rooms yield – the industry measure of revenue – down 4.6%. Glasgow was the worst hit, with occupancy down 5% and revenues down 12.6%, according to the report by accountants and business advisers PKF, while Edinburgh suffered a 3.8% dip in occupancy and a 5% drop in revenue.
Hotels in Inverness reported a slightly better performance in August, with occupancy up 3.2%, but revenues were still down 0.7% compared to the same month the year before.
Aberdeen was the only Scottish city to buck the trend in August, with room occupancy up 3.1% and revenues up 9.8%.
In comparison English hotels enjoyed a healthier month, according to the report. Although occupancy across the country was down by 2.2% compared to August 2011, revenue rose by 3.9%, with London revenues leaping 44.4%.
Alastair Rae, partner in the real estate and hospitality sector of PKF, said the figures are “bad news for Glasgow and Edinburgh”.
“The rest of the UK experienced an increase in revenue so it may not be true to say that this is entirely down to the Olympics,” he said. “Regardless, it is worrying that the important high summer period, which offsets quieter periods during the rest of the year, is down like this.
“Given that inflationary pressures increase hotel operating costs each and every year, any period of static or falling income is a serious problem.”
As well as the Olympics, PKF attributed the poor August showing to factors such as the poor weather, the economy and employment concerns. 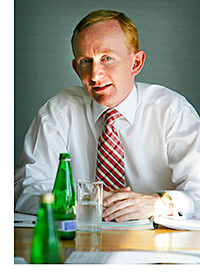 However, Scottish tourism figures were more positive earlier in the year, according to VisitScotland.
Quoting figures from the Office for National Statistics, the tourism body said there was a 7% increase in visitors from overseas and a 4% increase in domestic UK visitors in the year to June 2012.
Overall visitor spend was also said to have increased, with international spend up 18% and domestic spend up 13%.
“These are encouraging figures, particularly in what continues to be a difficult economic climate,” said VisitScotland chairman Mike Cantlay.
“We appreciate that this has been a tough summer for tourism but, looking ahead, there is much to be optimistic about.”
Tourism minister Fergus Ewing described tourism as “one of Scotland’s key industries” and said the Scottish Government wants Scotland to be “a destination of first choice for a high quality, value for money and memorable experience”.

Image – Despite a tough month for Scots hotels, VS chairman Mike Cantlay, above, was encouraged by visitor numbers to June.