Topic back on Westminster agenda after row sparked by new minister 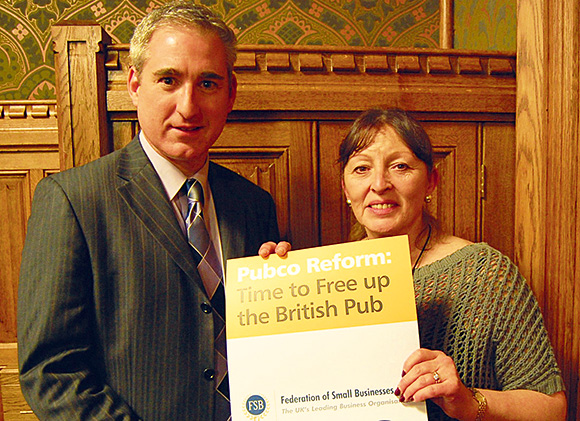 THE controversial issue of pubco reform was back on the agenda at Westminster earlier this week when business secretary Vince Cable was due to appear before MPs on the select committee for Business Innovation and Skills (BIS).

Cable was set to be quizzed by the committee on the BIS department’s latest annual report, as well as other matters relating to its brief, on Tuesday.
And with the thorny topic of pubco reform back in the headlines – thanks to a row over progress made on government pledges earlier this year – SLTN understands that Cable is likely to be grilled on the subject.
Jo Swinson, the Lib Dem MP given the pubco brief following a recent reshuffle, sparked controversy when she suggested the government had met all its commitments further to the BIS enquiry into the industry last year.
The comments angered tenant campaigners, who insist the work is far from done. While progress has been made on several government recommendations – an industry working group has set up an independent rent review scheme and an arbitration and conciliation service – a new pubs advisory service has yet to come on stream. Work on updating the code of practice has also still to be completed.
Swinson’s comments led fellow Lib Dem MP Greg Mulholland – a vociferous campaigner for pubco reform – to call for the BIS department to be investigated, accusing officials of a “dereliction of duty”.
Ann McKechin, BIS committee member and the Labour MP for Glasgow North, told SLTN she expected the matter to be raised with Cable this week.
“I will not be surprised if the issue is further pursued on Tuesday when we have our review with the secretary of state,” she said.
“I would be astonished if we did not refer to the issue in hand, given the strength of feeling in the committee, the fact we took it to a parliamentary debate and vote and [the fact] we’ve had not one committee report about this, but several over the years.”
A spokesman for the BII said the industry working group had already set up the rent review and arbitration service and would “press ahead with an accredited, safe and reliable advisory service in line with the commitment given to government by the industry”.