New campaigns for Drambuie and Baileys set sights on Christmas 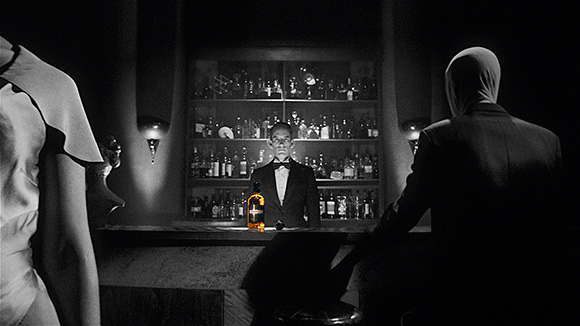 DRAMBUIE and Baileys have both launched new marketing campaigns ahead of Christmas – still the major sales period for the liqueur category.

Coming on the heels of its recent ‘a taste of the extraordinary’ campaign, the Drambuie activity has debuted in the Scottish and Greek markets ahead of a wider international launch in 2013.
It’s based around a new black and white TV ad, ‘the extraordinary bar’, which is set in a number of surreal locations and features an ‘extraordinary-looking’ bartender.
Spanish director Chino Moya said the film was influenced by surrealist cinema, art and literature.
“I couldn’t have hoped for a better script,” he said. “It was strong and bold, with an unusual surreal narrative with which I have a natural affinity and which I was excited to develop into an extraordinary visual world.”
Drambuie global marketing director Tim Dewey said the aim of the continuing campaign is to attract “a new generation” of drinkers.
“We wanted to create something that captivates our audience and is as distinctive as the brand itself,” he said.
“The extraordinary bar does this by depicting an extraordinary, rich and abstract world. It is a visual metaphor of the depth and complexity of Drambuie.”
Meanwhile, the new Baileys activity, which includes TV and print advertising, is aimed squarely at female drinkers.
The new global campaign, titled ‘cream with spirit’, includes a music video-style film that features a number of examples of ‘female camaraderie’.
“We believe the world is a better place when women feel and look brilliant,” said Chris Lock, Baileys marketing director, Western Europe.
“Baileys has always had women at the heart of the brand, providing them with a drink that truly understands and embodies them.
“Our new ‘cream with spirit’ campaign is an incredibly exciting new step within this journey.
“Baileys will develop as a brand that is focused wholeheartedly on making women shine.”
The new campaign was launched last month during a new episode of popular drama Homeland on Channel 4.
Created by London ad agency BBH, the dance routines featured in the TV ad were choreographed by Michael Rooney, son of American actor Mickey Rooney.
The TV execution is supported by four print ads, which were shot by fashion photographer Norman Jean Roy. They are running in press titles, as well as poster sites around the world.
Diageo, parent company of Baileys, claims that the cream with spirit campaign will be seen on every continent.

Drambuie’s Taste of the Extraordinary campaign continues in the approach to Christmas.