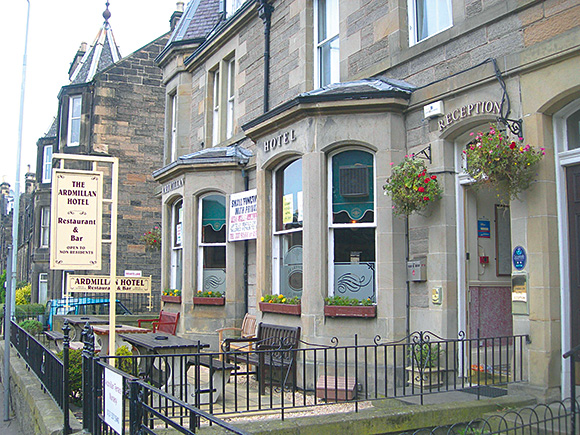 AN Edinburgh hotel close to Heart of Midlothian’s Tynecastle football stadium is on the market for the first time in 15 years.

The Lawson family is selling the Ardmillan Hotel, on Ardmillan Terrace, to allow them to focus on another business interest in the Borders and so some members of the family can retire.

The hotel would suit a husband and wife team that can take a hands-on approach.

The hotel is free of tie and is said to trade with “excellent” barrelage, with the lounge bar particularly busy for Hearts’ home games and when rugby internationals are played at nearby Murrayfield stadium.
There is also a restaurant/function area, which can accommodate 40 people, and nine letting bedrooms.
Barry McNeil, associate director at Christie & Co, who is handling the sale, said the hotel draws a mix of locals from the Gorgie, Dalry and Slateford areas of the city as well as sports fans, tourists and business travellers.
“The Ardmillan Hotel is currently run under management and there is a separate manager’s studio flat,” he said.

The business trades with an excellent barrelage.

“However, in order to capitalise on the enormous potential this business offers, it would be ideal for a husband and wife partnership who could take a more hands-on approach to increasing both the turnover and profitability.”
Offers in the region of £800,000 are sought for the freehold of the Ardmillan Hotel.