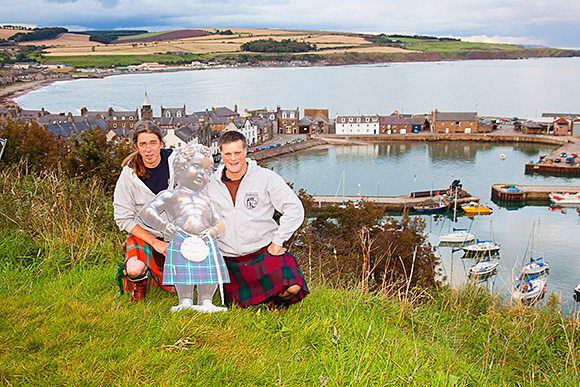 MORE than two thousand real ale fans are expected to descend on Stonehaven over the next two days as the town hosts its annual beer festival.

The Stonehaven Real Ale Festival, now in its fourth year, opens at 5pm this afternoon and runs till Saturday.
It’s claimed the event will feature beers from every working Scottish brewery, as well as six Belgian beers. In total, more than 70 different beers will be available over the three-day event. This year’s festival has a Belgian theme, with a bar dedicated to beer from the country\, and will feature a new mascot, McP.
“There has been a huge surge in interest in craft ales over the past couple of years and many brewers are looking to Belgian breweries, considered the world’s finest, for inspiration,” said festival organiser Robert Lindsay, who also owns the Marine Hotel in Stonehaven.
“However, many of the ales in Belgium are actually styled on the Scottish beers that our troops carried over with them during the First World War.
“So we are seeing this as a chance to welcome home some long lost cousins in the ale world, and give beer fans a chance to find out why Belgians are so highly regarded.”
The Stonehaven Real Ale Festival kicks off today at 5pm in Stonehaven Town Hall, running until midnight. It continues between 5pm and midnight tomorrow and concludes on Saturday, when the festival opens at 1pm and closes whenever the last cask is emptied.