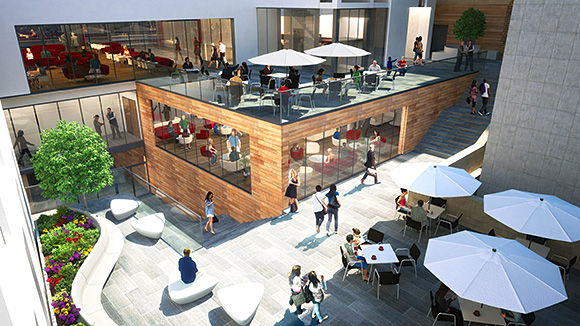 The development, which is located on the site of the former La Belle Angele nightclub and The Gilded Balloon Fringe venue, which were destroyed in the fire of 2002, will include shop and restaurant spaces.
Construction on the new complex began last week and is due for completion in December 2013.
Ibis has been confirmed as the tenant for the hotel space, and LaSalle said it will now look for other tenants for the shop and restaurant units.
Director John Yeend described the project as a “substantial opportunity to secure an attractive long-term investment in a key city centre site”.
“As the UK’s second city of tourism, we know that room occupancy levels and yields have remained amongst the highest in the UK for many years,” he said.
“With the strength of its festivals offer, and with Edinburgh Airport in new ownership, we are confident that tourism in Edinburgh remains a secure and smart investment for our funds.”

Image – The new SoCo development on Edinburgh’s Cowgate will include restaurants.