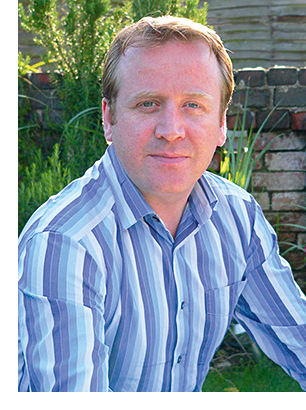 Launching in London today (October 18), the Think Eat Drink (TED) network aims to put the sector on a more sustainable footing by giving members access to consultancy services and a range of “vetted, quality, sustainable suppliers and services”.
Membership is open businesses of all sizes in the hospitality industry, with membership ranging from £160-£180 a year.
Its founder calculates that the savings members can accrue through supplier discounts – on everything from “eggs to electricity” – are such that the membership fee will easily pay for itself.

I think everyone should start to switch on to responsible procurement and ethical thinking.

The TED network is the brainchild of Jamie Grainger-Smith, a consultant who used to work in operations with Jamie Oliver’s restaurant group.
He told SLTN it was the introduction of an efficient waste management strategy at Acorn House in London’s King’s Cross six years ago, a training restaurant he developed with the Shoreditch Trust charity, that led him to reappraise the venue’s entire operations.
“It just stemmed from that,” he said. “We thought, ‘let’s bring this into the restaurant’.
“We looked at the furniture, the paint on the walls and then started looking at our wine list, the food and the menus. The idea just grew and grew.
“We turned into this sort of environmentally, eco-friendly restaurant and we just developed the concept from there.
“It was very well received from both the green world and the commercial world.”
Grainger-Smith took the ethical approach established at Acorn House to a sister restaurant, the Waterside in Hoxton, which utilises a heat exchange system based in a canal, an all-electric kitchen, and solar panels on the roof.
Since then his consultant work has included a partnership with the Hub, also in King’s Cross, where he helped the owners establish a café founded on fair trade, organic and local sourcing principles; he also created a sustainable restaurant concept for a Prince of Wales Charity, Start UK, at Lancaster House and Clarence House.
“I think people are interested in this stuff and I really believe it’s the future of food and drink,” he said.
On current form, Grainger-Smith reckons London – in his view the UK’s “food capital” – is leading the way on sustainability, but he’s convinced the message is “filtering out around the country”.
“Scotland has got fantastic producers and there’s a bit of a green movement happening as well,” he said.
“I feel my idea is a national idea and it’s quite a mission that I am on, but I think that everybody should start to switch on to this responsible procurement and ethical thinking about their business.
“I’m just trying to make it easier for people and to give them ideas and tips and a bit of guidance.
“And it’s not just restaurants or big hotel chains that are looking at sustainability; it needs to filter down to the café on the corner or the deli.”