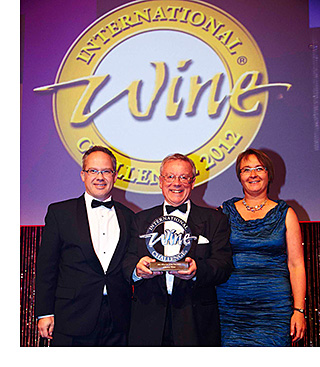 A FEW years ago, the people behind Alliance Wine decided to do things a little bit differently.

Sensing that the margins available from the traditional wine importing model were going to erode in the long run, they decided to start investing in wine production themselves.
The benefits they could perceive were numerous.
Obviously, savings could be achieved by ‘cutting out the middle man’, but that wasn’t only it.
By making wine itself, the firm could tailor the products it created to the needs of its customers – on style and price. It could also sell the wine across all trade channels and even to markets around the world.
Talking to SLTN last week, marketing director Giles Cooke MW (one of two Masters of Wine on the books at the company) said Alliance was one of several merchants now benefiting from that vertically integrated model.
He noted with sadness the demise of WaverleyTBS, the on-trade wine wholesaler, but feels its failure puts into stark relief how important it is for wine merchants to offer “added value” to customers in the present climate.
“At some point, unless you’re adding value to the process, you won’t have a place in that process any longer,” he said.
“The production set up was about having an added value; not just an intangible but something you can see and that benefits customers.

It’s a big one and I’m happy for everyone who sweated blood and tears to get it done.

“It’s a hybrid model and is quite similar to the companies that are doing well right now like Liberty, Enotria, Boutinot.
“I think it’s proving to be the strongest model – not only is it vertically integrated, it’s also multi-channel.
“Certainly, some of the casualties that have recently come about have been because their distribution networks have been too restrictive.”
Alliance, which now has “production projects” in Australia (Adelaide), Spain (La Mancha, Rioja and Rueda), southern France, northern Italy and Sicily (joint venture), gained prestigious recognition for its approach to wine supply in the UK last month.
The Beith-based company beat such bigger and better-resourced companies as Waitrose and Matthew Clark to win the Best Wine List in the UK Award at the International Wine Challenge.
Cooke said the success was “good recognition” for a firm of its size to beat the calibre of competition it faced and to succeed in a UK-wide contest.
“It’s also really good in that it’s cross-channel: most of the other awards tend to be for the on-trade or retail, whereas this helps us in all the market sectors we work in,” he explained.
“It’s a big one and I’m happy for everyone who sweated blood and tears to get it done.”
The award, which was judged by a panel including five IWC chairmen, marked the culmination of several years work by Alliance on its list.
Cooke argued the list’s success reflects the merchant’s determination to move away from convention when presenting wine to customers.
A major theme to have been incorporated is ‘gastronomica’, which Cooke said is based on linking wine with food, memory and the senses.
“All of our events [tastings] have a very strong food link, but also a link to memory and the sense of smell,” he explained.
“There’s been a lot of research done over the years into how our sense of smell is the strongest of all our senses; it’s very close to memory.
“We thought that to make ourselves stand out and memorable – and appeal to people on a level they can understand – then food is the way to do that.
“Most people have memories from their past where they can link the idea of smell and memory, and by setting that whole chain of events off you can link that into wine and training.”
Yet for all the imagination that has gone into bringing the list alive for the people who will ultimately sell it in outlets, Cooke maintained it was anchored on commercial logic.
“A lot of people stick all the facts and the figures about margin, upselling and the realities of taxation at the back of their lists – we reversed that because we’re not only passionate about wine, but also passionate that what we sell to our customers is successful,” he said.

The product list is strong, but we also help customers to maximise their margins.

“We know the list is very strong in terms of product, but we also give as much help to our customers to maximise the margin for them.”
Turning to the wider issues facing the wine wholesale market, Cooke said the demise of Waverley and others, including Stratford Wine Agencies and D&D Wines, shows that the sector does not have its problems to seek.
He argued that everyone involved in the trade has a role to play in raising standards to change things for the better.
“There’s obviously a lot wrong with the industry and people need to feel they can come out and say what needs to be changed about it,” he said.
“We’re a small voice but if we didn’t say anything or act differently we’re as guilty as everyone else.”
Alliance has set a tough challenge for itself – and others – to meet.

A knowledge mine for wine