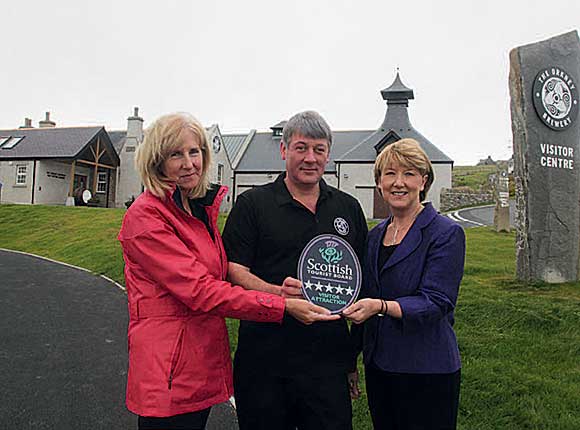 AN island brewery has received the “high-five” from Scotland’s tourism marketing body.

Just weeks after opening its doors to the public, Orkney Brewery’s new visitor centre was given five stars by VisitScotland, making it the only one in the country to secure the grading. It’s also one of only four five-star visitor attractions in the islands.
The centre, created as part of the redevelopment of the Quoyloo site in Orkney’s west mainland, allows visitors to see beers like Dark Island, Red MacGregor and Skull Splitter being brought to life.

This almost instant award of five-star status from VisitScotland is quite overwhelming.

The guided tours also include a special kids’ trail, based around the elusive Corncrake bird which is found in the fields surrounding the brewery.
The visitor experience extends to a new restaurant, specialising in local fayre, and a shop stocked with Orkney crafts and gifts as well as the brewery’s full range of beers.
So far the centre is proving popular as a venue for functions, meetings and other events.
The Orkney Brewery site incorporates the former Quoyloo school house, which dates from 1876, and the new visitor centre features many old photographs of the school and its classes, along with educational memorabilia.
Norman Sinclair, managing director of Orkney Brewery’s parent company Sinclair Breweries, said the visitor centre was a central element of a major redevelopment programme, which got underway in 2009 and has enabled the brewery to double its capacity. 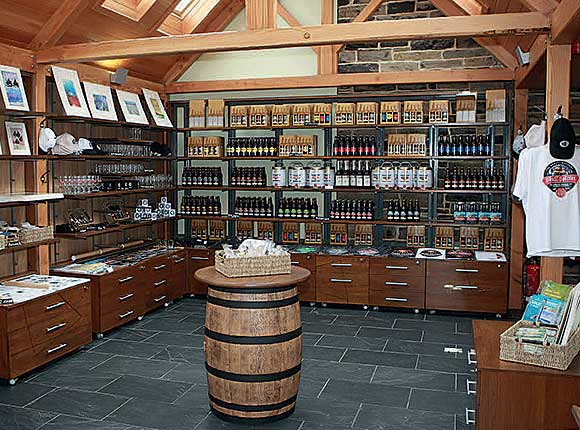 “Whilst we set out to create the very best visitor facility we possibly could, one that properly reflected the high quality of our products, this almost instant award of five-star status from VisitScotland is quite overwhelming and hugely exciting for us,” he said.
“We’re proud to be the only brewery in Scotland with this classification and it’s a great advert for Orkney too.
“I’d also like to take this opportunity to pay tribute to the dedicated team of highly skilled local craftsmen who have worked so hard to create our new centre.”
Mike Cantlay, chairman of VisitScotland, said the accolade will help put the brewery firmly on the map for visitors.

The centre allows visitors to see beers like Dark Island and Red MacGregor being produced.

“Achieving five-star status is unique for a Scottish brewery visitor centre and I would like to raise a glass to the Orkney Brewery on this fantastic achievement,” he said.
“VisitScotland has a world-leading Quality Assurance scheme and seeing a five-star logo guarantees visitors a wonderful experience.
“But we have to remember that our Quality Assurance scheme is about so much more than the stars above the door – it is about the entire visitor experience, and factors such as the warmth of the welcome, excellent facilities, amazing service and, increasingly, value for money, are all expected in a holiday.”

Images – Top, Plaque will do nicely: Norman Sinclair and visitor centre manager Joyce Slater (right) receive Orkney Brewery’s five-star VisitScotland accreditation from VisitOrkney’s Barbara Foulkes.. Above, The brewery visitor centre is said to have attracted thousands of visitors since it opened in July.