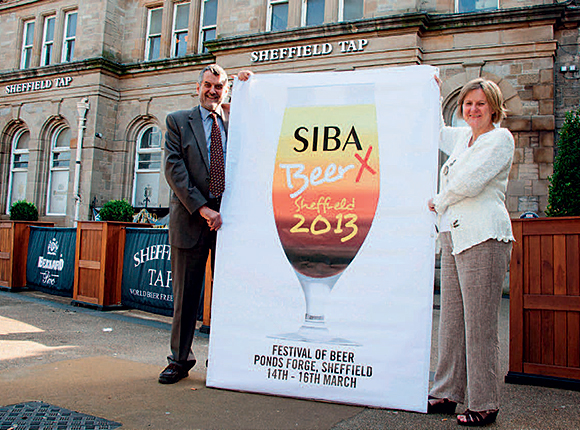 THE Society of Independent Brewers (SIBA) reckons the ambitious new event it’s staging in Sheffield next March will seal its status as the only organisation able to represent British brewers and drinkers.

BeerX, which will take place at Ponds Forge conference centre from March 13-16, will bring together key highlights in the SIBA calendar. And that means its Annual Brewing Conference, Business Awards, Associate Members’ Forum and the final judging and presentations for the National Brewing Competition will be held over the four-day event, which will also take in a new three-day Festival of Beer.
The festival, which will give SIBA’s 550-plus members the chance to sell their beers to the public, will mark the first time the members will have brought their beers together under one roof, building on the organisation’s regional beer competitions.
“BeerX will be a big, bold event that showcases British beer and brewing in a way that hasn’t been seen before, unique in its appeal to an audience ranging from drinks industry veterans to novice beer drinkers,” said SIBA chief executive Julian Grocock.