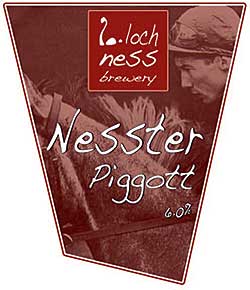 TWELVE Scots breweries are set to invade a quintessentially English event this weekend (October 5 and 6) in a joint effort to raise the profile of Scottish beer.

The brewers will send 36 beers to feature at a dedicated Highlands and Islands bar at Ascot Racecourse Beer Festival. Though the festival primarily features local brewers, each year a guest bar is set aside for brewers from outside the event’s south east heartland. In total, more than 200 beers are expected to appear at the two-day event, which is organised by the Berkshire branch of CAMRA along with Ascot Racecourse.
The Scottish presence was arranged by CAMRA’s Western Highlands and Islands branch.
Stephen Crossland, a member of CAMRA and a director of Loch Ness Brewery, praised the co-operation between Scottish breweries, particularly the contribution of Inveralmond and Cairngorm breweries.
“Inveralmond and Cairngorm have helped a lot,” he said.
“We’re getting 18 beers sent to one and 18 sent to the other and they’re sending them down on pallets. It’s great to get all the breweries working together for a common purpose to benefit all. Hopefully it’ll be great publicity for the Highlands.”
Scottish beers set to star at the event will include Cairngorm’s Black Gold, Isle of Skye Brewery’s Black Cuillin, the Orkney Brewery’s Dark Island and a Loch Ness beer brewed specifically for the event – Nesster Piggott.