As micros expand and new breweries are established, cask and craft ale continue to be a source of optimism for the pub trade in Scotland. 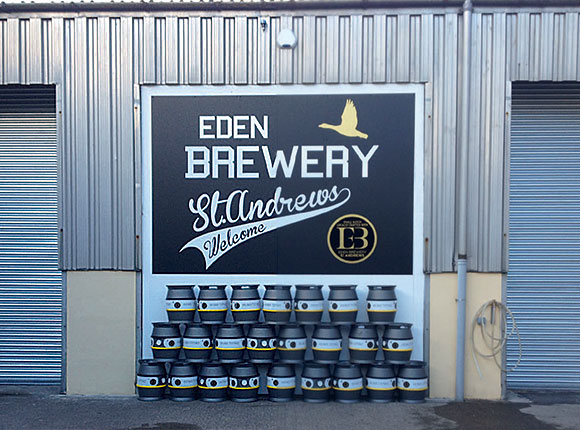 IT seems that almost every day a positive news story emerges confirming the rude health of the ale scene in Scotland.

In recent years the number of micros in Scotland has risen dramatically, while existing players have expanded their operations as more and more drinkers discover cask and craft beers.
Brewers contacted by SLTN last week said there remains significant scope for the category to develop in Scotland – despite the continuing recession.
In fact, one brewer said that it’s precisely because of the wider economic conditions that cask, craft and indeed ‘craft in keg beers’ have come into their own.
“It’s incredible that the economic difficulties of the last five years haven’t impaired ale’s popularity,” said Fergus Clark, managing director of Perth’s Inveralmond Brewery.
“It seems the harder the recession hits, the more that demand for quality, not quantity, has come to the fore.
“We’re seeing this in everything from the current trend towards ‘localism’ to the insatiable consumer demand for products with labels like ‘artisan’ and ‘craft’. It seems that if we’re going to be paying for a night out in the pub, we might as well have something worth paying for.”
And micros around the country are convinced the good times are set to roll for some time to come, believing that the market has yet to realise its full potential. One is Paul Miller, the man behind one of Scotland’s newest micros, Eden Brewery near St Andrews, who said the “potential for category growth is still considerable”.
“This is a trend which is a global one and Scotland still has significant scope if other countries are anything to go by,” he said. “Increasingly, consumers are moving to recognising craft beer as an artisanal product in the same way as they have viewed wine in the past.”
Quoting research that suggests the craft ale market will grow by 12% over the next three years, Gerald Michaluk, boss of Isle of Arran Brewery, said Scotland is “lagging behind the rest of the UK and especially America where craft beer accounts for over 5% of the total beer market and 7% in value terms”.
“There are more than 1000 breweries in the UK but despite [this] Scotland is under-represented,” he said.
That there is more to come from the category was also recognised by Glasgow’s Kelburn Brewery, which recently doubled production capacity, and Sinclair Brewery on the Orkney Islands, whose new visitor centre has just been awarded five-star status (see p26).
But to what extent are pubs taking advantage of this growing market?
As mainstream beer – beset by rising duty rates, pub closures and the effects of take-home drinking – continues to stutter in the on-trade – it seems the share taken by cask and craft is rising in the on-trade.
Subscribing to the view that consumers are rejecting “mass produced” food and drink in favour of “craftsmanship, provenance and choice”, Harviestoun’s Ewan McCowen said niche brews can help the on-trade mitigate the problems being endured by mass-market brands in pubs.
“More and more people the world over are talking about good beer, seeking out good beer and buying good beer,” he said. “The Scots are no exception.
“And where declines in the on-trade have been occurring, there is every chance they have been tempered by the loyalty of ‘good beer enthusiasts’.”
Building on the theme Stephen Crawley, MD of Edinburgh-based Caledonian Brewing Company, said it was “exciting that in many areas of the UK cask is outselling keg bitter and is taking share of overall draught beer”.
But he said the “cake is being squeezed” for ale suppliers as pubs continue to close and more small brewers enter the market.
“People used to go to the pub to drink – they now drink at home and eat in the pub more often,” he said. “So pubs need something to encourage them out and offerings that match with food – cask beer does those jobs very well!”
Innis & Gunn also sees big potential in the ale and food link, with UK director of sales Crawford Sinclair stating that “producing a craft beer list, cooking with beer, pairing beer with food and beer dinners are all ways that the on-trade can ride on this surging wave”.
Others, including Orkney Brewery’s Christine Sinclair, emphasised the potential in attracting more female and younger drinkers to the category.
Most agreed that innovation on the part of brewers would be crucial to the category’s ongoing success.
“The inevitable trend towards big hoppy IPAs continues, however some more traditional styles like porters also seem to be enjoying a resurgence,” Miller said. “The new craft beer drinker, like that of wine, has a much broader repertoire than previous generations of beer drinkers.”

Image – Production has just recently commenced at one of Scotland’s newest micros, the Eden Brewery in St Andrews.