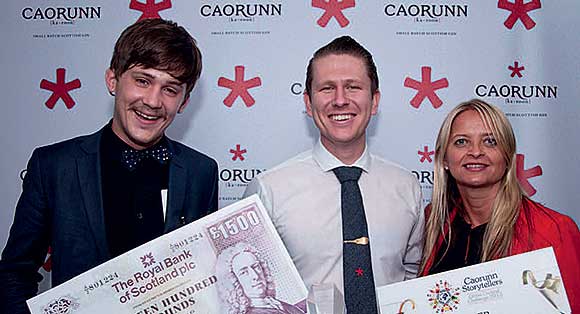 AN Edinburgh bartender had cause for celebration last month when he triumphed over rivals from across the globe in an international cocktail contest.

Iain Griffiths, of Bramble Bar, won the grand final of the Caorunn Storytellers Global Cocktail Contest, beating rivals from England, Spain and the US.
The competition, which launched in March, challenged bartenders to create a new cocktail featuring Caorunn, as well as a back story to the drink. There were regional heats in Scotland, England, Spain and the US.
Iain’s cocktail, the Damson Chamber, contained Caorunn gin, Rotovop apple syrup, three drops of Jade 1901 absinthe and a measure of Brewdog’s Olympic-themed beer, Never Mind The Anabolics, along with Damson berries steamed with juniper and rowanberry.
He said the cocktail was inspired by Balmenach distillery, where Caorunn is produced, as well as early mornings in Edinburgh, where mist combines with the smell from the local breweries.
Iain was presented with a cash prize of £1500 for winning the competition, and will now see his cocktail promoted around the world as a signature serve for Caorunn.

A category that deserves respect