Brewer pulls Animée as its other brands attract women drinkers 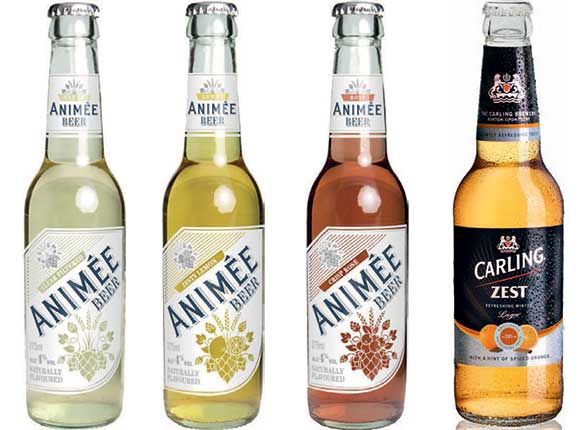 BREWER Molson Coors has axed “female-friendly” beer Animée – a year after its launch.

The Carling owner confirmed plans to take the 4% ABV brand off the market following a “full review” of its performance.
Coors’ decision to pull the beer comes 12 months after it launched Animée, which was available in three variants: clear filtered, crisp rosé and zesty lemon. The beer was created under the BitterSweet Partnership division, set up by the brewer in 2009 to attempt to remove the gender imbalance around beer consumption.
A £2 million ad campaign backed the launch of the female-friendly beer, which sought to tap into what Coors said was a £396m market.
Confirming its decision to withdraw Animée, a spokesman for Molson Coors said the brewer “remains committed to continuing to innovate”.
“However, not all our brands are successful in market and it’s important we invest in growing brands where there is a great proposition that works well for our customers and our consumers,” he said.
“Animée was only one part of our plan to attract more female drinkers to beer, and attracting female drinkers remains a priority to get the category back into growth.
“We’ve found that some of our brands, such as Coors Light, Corona and Carling Zest, already attract a higher proportion of female drinkers.”
Coors’ decision to axe Animée came as the brewer confirmed plans to launch a new limited edition seasonal variant of Carling Zest.
Brewed with a “hint of spiced orange”, the 2.8% ABV winter Carling Zest, available on draught and in 330ml bottles to the on-trade, and in four and 12-packs to the off-trade, aims to build on what the brewer described as a successful performance by citrus-flavoured Carling Zest, which was available during the summer months.
“Winter is a crucial trading period for the on and off-trades,” said Jeremy Gibson, Carling brand director at Molson Coors.
“Stocking the right drinks for the right occasions is vital to make the most of events such as Halloween and Bonfire Night as well as the lucrative end of year festive season.
“Carling Zest with a hint of spiced orange has tested incredibly well and offers something different to drinkers from the beer category.”

Image – All change: Animée has been pulled and a new variant of Carling Zest launched.