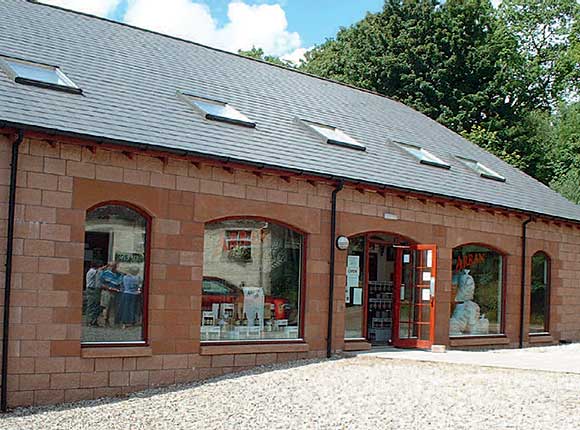 SCOTLAND’S famous whisky distilleries have long been one of the main drivers of tourism traffic to these shores.

Now there are hopes the country’s burgeoning brewing scene can provide a new source of holiday-makers for the country’s increasingly important tourism and hospitality sectors.
Just as the Scotch whisky trail is one of the key reasons people holiday in Scotland – stimulated by the growing popularity of whisky around the globe – ale producers insisted last week that the growing reputation of their products will tempt more holiday-makers to venture north of Hadrian’s Wall in the years to come.
“Our experience is that Scottish beer and breweries are appealing to tourists and have the potential to play a significant part in their visit to Scotland,” said a spokesman for Caledonia Best, the keg ale brewed by Tennent Caledonia Breweries (TCB) at Wellpark in Glasgow.
“It’s the norm these days for visitors to want to familiarise themselves with the local food and drink of the country they’re visiting, and Tennent Caledonian experiences a steady stream of visitors from all over the world looking to get an insight into how Scotland’s favourite pint is made.
“Although beer does not yet have the same stature as whisky with its distillery tours and visitor centres, it would be great if in the future breweries were renowned for their visitor centres and tours and we have started the process with our participation in Scotland’s Doors Open Day [in September].”
TCB was just one of a number of ale brewers – from mainstream players like Belhaven and Wells & Young’s (owner of McEwan’s and Younger’s) to microbrewers like Eden and the Isle of Arran – to express the view last week that great Scottish beer can bring people to Scotland.
And several have updated their visitor facilities to give beer tourists the best possible experience while they’re here.
These include the Belhaven Brewery in Dunbar which, despite having been a source of brewing for three centuries, is perhaps only now starting to build a reputation as a tourist attraction.
“Tourists love to track down local tipples and visit historical sites when they visit somewhere new,” said Euan Venters, managing director of brewing and brands at owner Greene King.
“The fact that we’ve been brewing quality ales at our brewery in Dunbar since 1719 means we have some great history behind us and a strong heritage story to tell.”
And it’s not just the big boys who are carving out a slice of the tourism action. Micros in some of the country’s most attractive visitor destinations are also sprucing up their premises to provide memorable experiences, most notably the Orkney Brewery – now officially a five-star attraction (see page 26). “Scottish beer and breweries have a huge role to play in attracting tourists to the country,” said Christine Sinclair of owner Sinclair Breweries.
“At Orkney Brewery we have invested a huge amount in offering visitors an insight into the brewing process which we are so passionate about.”
Others have also spotted the potential, including the Isle of Arran Brewery (itself having recently been upgraded) and St Andrews’ Eden Brewery, whose owner Paul Miller is exploring the possibility of hosting a festival for Scottish beers in the town on St Andrew’s Day in November.
“This is clearly an area of huge potential,” Miller said.
“If not always a primary reason for visiting, it can certainly offer a good additional tourism benefit to visit a brewery or two.
“As a country which is renowned for the ultimate premium spirits category in malt whisky, and one which hosts an outstanding brewing school, Scotland and brewing should be synonymous in the minds of visitors.
“There is also a significant brewing history to be told. Clearly, many breweries have the advantage over distilleries of being located in the central belt where the majority of tourists look to base themselves on short visits.”

Image – Visitor facilities at the Isle of Arran have been upgraded in a bid to capitalise on beer tourism.