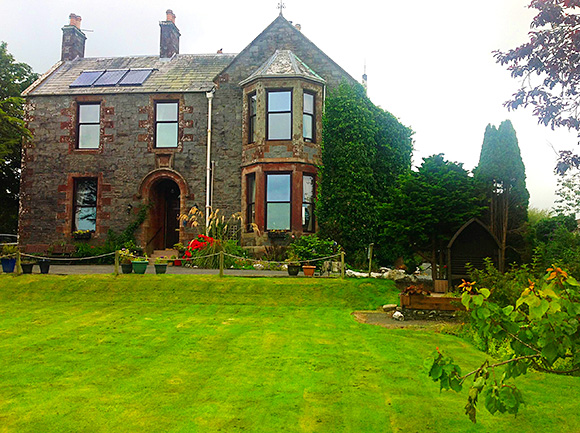 A SOUTH west guest house which runs photography courses has come onto the books of property agent Bruce & Co.

Located in Wigtown, overlooking the RSPB nature reserve at the Crook of Baldoon, Hillcrest House offers two and three-day photography courses with local snapper Mike Abel.
The Victorian property has six en suite letting bedrooms which are said to combine the building’s 19th century ‘charm’ with 21st century amenities, such as built-in iPod docks, and a 24-cover dining/breakfast room.

Owner’s accommodation comprises four double bedrooms, two bathrooms and a living room/dining room/kitchen; there is also a self-contained apartment, which has one double bedroom, a living room, kitchen and bathroom.
Hillcrest House, which operates with a four-star guest house rating from VisitScotland, is a short walk from Wigtown’s harbour and town centre. The guest house is also close to a number of local attractions, such as Wigtown Bay Local Nature Reserve and nearby Country Gardens, various castles and museums and the Animal World wildlife park, which is around a 30-minute drive from the town.
The area is also said to attract outdoor enthusiasts for activities like mountain biking, fishing and shooting. Known as a ‘book town’, it is also popular with book enthusiasts visiting Wigtown’s many book shops.
Bruce & Co’s Jayne Adamson, who is handling the sale, said the current owners, who have run Hillcrest House for the past nine years, are selling up in order to relocate.
“Hillcrest House is a well run business that is trading successfully,” she said.

The guest house is well run and trading successfully but it does offer potential to grow further.

“It does, however, have potential to grow and is ideally placed to benefit from the further development of the Galloway Dark Sky Park.”
Offers over £499,999 are sought.

Image – Hillcrest House in Wigtown overlooks the RSPB nature reserve at the Crook of Baldoon.