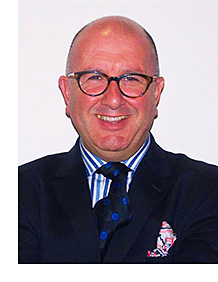 But this month David Reid swapped property talks for pulling pints.
The property agent left a high profile role with Knight Frank to buy the first outlet in his new Doric Pub Company in his native Aberdeen. Reid, who also worked with Christie & Co, said the time was right for a fresh challenge.
“There’s not enough deals to be done and I think it will be a few years before the banks are back properly lending,” he said.
“I was quite keen to go back to my roots in Aberdeen and I thought, why not set up a little pub company?”
Reid’s first acquisition was the freehold of the Brig O’Dee bar, the first pub motorists pass on entering the city from the south. He funded the deal using his own resources and believes operators stand a chance of success in the current climate if they’re not “over-geared”.
Reid acknowledged the pub, which had been part of the R&L chain that entered receivership, had suffered from under-investment but intends to change that.
“It’s very local to the people of Garthdee and Kincorth; there’s also a huge new Robert Gordon university within walking distance,” he said. “The lounge bar hasn’t been open for about three years and there’s a three to four-bedroom flat I can let to students. I’m going to do that up, I’m going to totally refurbish the public bar, do up the toilets and then I’ll do the lounge bar, aiming to open that in November. There’s also a lot of land that goes with the pub, so I might do a beer garden, but that will be next year.”