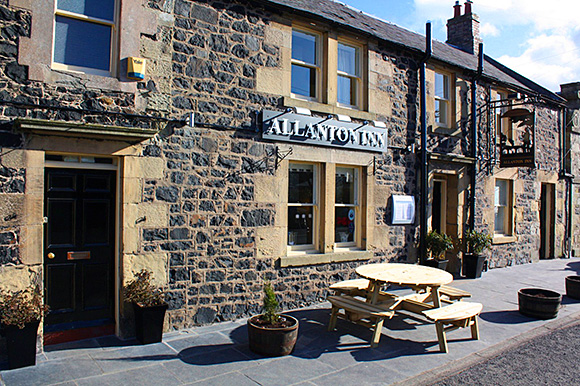 MORE than a hundred Scottish restaurateurs had reason to celebrate this month with the publication of The Good Food Guide 2013.

As many as 109 Scottish restaurants feature in the new guide, including six new entries, with Scotland boasting six ranked in the top 50.
At number 21, Edinburgh restaurant The Kitchin is the highest-scoring Scottish restaurant in the new guide, with Restaurant Martin Wishart close behind at 23.
The Peat Inn, by St Andrews, is ranked number 32 with Andrew Fairlie at Gleneagles just behind at 33. Further down the top 50, Orkney restaurant with rooms the Creel was ranked at 42 while Edinburgh’s Castle Terrace made it into the top 50 list at number 49.
The 2013 edition also welcomed six new Scottish entrants. Martin Wishart gained an additional listing for his eponymous restaurant at Cameron House, Loch Lomond, while Edinburgh eatery Tanjore, which specialises in South India cuisine, was praised for its “authentic Tamil cooking at bargain prices”. Chez Roux in Gullane was included in the new guide and said to be “enjoying a new lease of life” while Ardeonaig Hotel, in Ardeonaig, was praised by the guide for its “deft, loch-side cooking”.
The Whitehouse Restaurant in Lochaline received an entry for its “local fare and harbour views”.
Another new entrant, The Allanton Inn, in the Borders, was praised for its “hearty food and an eye for detail”.
Co-owner Katrina Reynolds, who took over the six-room hotel with husband William in 2010, said the team were “very proud” of the listing.
“It’s a job we enjoy doing and it’s lovely to get a bit of publicity and a bit of promotion,” Katrina said. “When you’re slogging away every day it’s good to get something back.”
The restaurant’s menu makes use of local, seasonal produce and is frequently updated by head chef Craig Rushton.
Elizabeth Carter, consultant editor of The Good Food Guide, said the publication was “delighted” to welcome new entries from Scotland.
“It is fantastic to see that there are really strong dining options to be enjoyed across Scotland, with a mix of new entries sitting alongside first-rate dining establishments and perennial favourites,” she said.
As well as new entrants, the 2013 edition of The Good Food Guide also features a number of long-running establishments. These include Airds Hotel, in Port Appin, which has appeared in the guide for 37 years, Inverlochy Castle in Fort William, which has appeared for 30 years, and The Three Chimneys on the Isle of Skye, which has been present for 27 years.
The Good Food Guide 2013 is available in bookshops priced £17.99.

Image: The team at The Allanton Inn told SLTN they were “very proud” to be included.