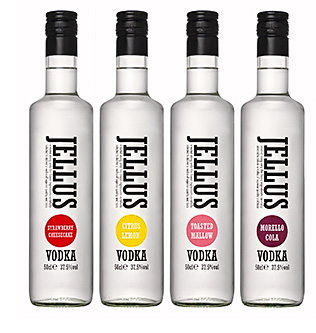 A NEW range of flavoured vodka is set to be launched in the on-trade next month.

Jellus is available in four variants – Citrus Lemon, Strawberry Cheesecake, Morrello Cola and Toasted Marshmallow – each with an ABV of 37.5%.
Currently available in Asda, the flavoured vodka range will be rolled out to independent off-trade retailers and the on-trade from next month.
Marketing activity to support the launch has included social and digital media.
“The flavoured vodka market has seen a recent surge of new entrants, with consumer interest being driven by several premium vodka brands,” said Halewood International’s Sian Dixon.
“Halewood International identified a gap in the market to produce flavoured vodka at a more accessible price point.”

An occasion that remains fresh