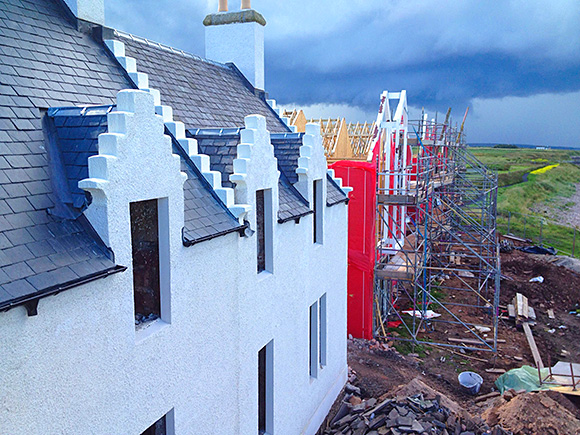 THE first phase of a new holiday complex in John O’Groats is complete.

Sixteen holiday apartments have been built and the Journey’s End café, outdoor and lifestyle shop and activities hub has been remodelled as part of the £6.5 million development by Manchester-based self-catering holiday firm Natural Retreats, in partnership with Heritage Great Britain.
The project, which got underway last summer and received a £1.8 million boost from Highlands and Islands Enterprise, will see the former John O’Groats hotel transformed into “a number of luxurious apartments”, while 23 timber-clad holiday homes are to be added later in the year.
Edinburgh-based architect GLM, which drafted the plans, said the complex aims to reinvigorate John O’Groats and add to the 120,000 visitors the town is said to attract each year. The town was the unfortunate recipient of a Carbuncle of the Year award from a design magazine in 2010.
Project manager Ian McKee said the lack of a bar or restaurant in the development could also mean good news for local bar and restaurant operators.

Image – Work is continuing on the refurbishment of the baronial John O’Groats hotel.