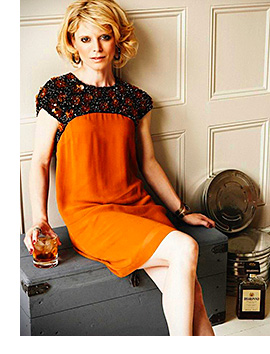 BRITISH actor Emilia Fox is set to showcase her favourite Bafta-winning films at cinemas across the UK as part of a new partnership with Italian liqueur Disaronno.

The Silent Witness star will launch the Disaronno Film Series at the Hackney Picturehouse in London on September 11 with a screening of The Graduate, which she will introduce.
The Disaronno Film Series will arrive north of the border on September 25, when A Room with a View will be screened in Edinburgh.
Tickets for screenings cost £5 and include a Disaronno cocktail masterclass and cocktail; they can be bought online at www.facebook.com/Disaronno.