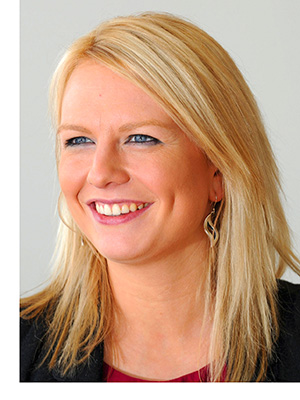 AN appeal brought by Tesco against Midlothian Licensing Board’s decision to suspend the premises licence of its Dalkeith store for a period of 48 hours has been upheld, as previously reported in SLTN.

The decision came after Tesco failed a police test purchase operation, when a youth aged 16 and a half was sold alcohol without having been asked for proof of age. This sale occurred in July 2011 and led to the police requesting a review of the Tesco store’s premises licence.
The case follows the Lidl v Glasgow Licensing Board case, currently the subject of an appeal at the Court of Session. That gave authority that a single test purchase is sufficient grounds for a licence review, and that a short suspension of the premises licence was justified, with the primary purpose of deterrence.
It should be noted, though, that several factors distinguished this from the Tesco case, not least the fact that the person who at Lidl made the sale was the duty manager and personal licence holder.
A licensing board has wide powers at a premises licence review hearing.
If it is satisfied that a ground for review has been established – for example if one or more of the five licensing objectives has been breached – it can take the following steps if it deems it “necessary or appropriate”:
• issue a written warning
• make a variation of the licence
• suspend the licence
• or revoke the licence.
At the review hearing, held on December 15, 2011, the board found that, despite Tesco having “robust and rigorous” training and procedures in place, a ground for review had been established relating to the “protecting children from harm” objective.
The board then decided to suspend the premises’ licence for 48 hours commencing at midnight that day. Tesco appealed the suspension.
This decision is particularly interesting for several reasons.
On considering the appeal, sheriff principal Mhairi Stephen firstly considered the purpose of the licensing legislation.

A warning as to the consequences would have met the board’s aims.

She stated that if the intention of the legislation was to be punitive then Parliament should have made that clear.
The sheriff principal ruled that if the aim of the board was to protect children by preventing a recurrence of the test purchase then one would have expected the board to have considered it necessary to encourage licence holders to remain supportive of the licensing objectives and to continue to maintain high standards of training.
The legislation does not require suspension in the event of a sale to an under aged person or a test purchaser.
Had it been a requirement the legislation would have made it so. She stated that the suspension was disproportionate, and particularly punitive as the ban would have taken place from midnight on December 15 (2011) which, as the week before Christmas, is one of the busiest trading periods in the year.
She was also concerned with the immediacy of the suspension given that incident occurred in the July, stating that immediate implementation of suspensions, particularly short-term suspensions, creates a “clear risk of denial of justice”.
According to the sheriff principal, a warning as to the possible consequences in the event of a sale to a child would have been effective in meeting the board’s aims, as opposed to the suspension of the licence.
Within the decision, the sheriff principal correctly pointed out that the board erred in law given that the 2005 Act specifically defines a child as a person under 16 and a young person as a person aged 16 or 17.
On that basis, she ruled, a test purchaser was not a “child” but a “young person” under the legislation.
In further criticism of this particular submission, she emphasised the difference between sale and consumption.
Arguably, the most interesting part of the case is the sheriff principal’s criticisms of the board’s failure to take in to consideration “inexplicable human error” (which was the reason given for the employee’s conduct), despite rigorous and robust procedures being in place. She stated that the board erred in expecting a “foolproof” system, and was wrong to apply what could be said to be a “strict liability” test.

Inexplicable human error was insufficient grounds for a review.

The sheriff principal made it clear that where rigorous and robust training systems are in place (such as those that Tesco had in place), and that the reason for a test purchase could only be “inexplicable human error”, this would be insufficient to find a ground for review of a premises licence.
This can only be good news for operators as it recognises that, just because an employee may make a flawed judgment, it does not mean that their entire “challenge 25” policies are flawed.
The Tesco decision is also a positive development for an industry which has been hit hard by firstly the recession, and secondly the costs (financial and otherwise) of complying with the 2005 Licensing Act.
We will now hold our breath for the decision in Lidl v City of Glasgow Licensing Board.
• Naomi Pryde is a senior solicitor at Tods Murray LLP.