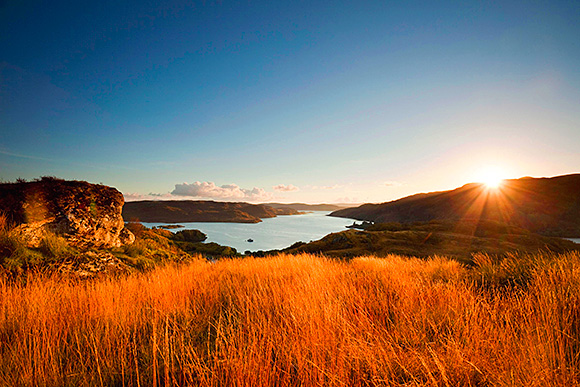 TOURISM marketing body VisitScotland is calling on so-called ‘staycationers’ to fall for Scotland this autumn.

Claiming that around three million Brits delayed their holidays because of the Olympics and poor weather, VisitScotland has embarked on a new marketing push in a bid to encourage people to have a late holiday in Scotland.
Part of its ongoing ‘Surprise Yourself’ campaign, the autumn activity will cost £3 million and aims to reach 20 million tourists across the UK. The campaign will include a mix of radio, online, social media and print ads focusing on the themes of arts and culture, gardens, the great outdoors, food and drink, history and heritage and islands.
An extra £425,000 will be spent on regional marketing activity through VisitScotland’s ‘Explore’ campaign, which aims to encourage Scots to tour different areas of the country.
VisitScotland chair Mike Cantlay said the fresh activity aims to boost the economy by £80 million.
“We have an opportunity to sell Scotland to the world like never before,” he said.
“This year has offered remarkable once-in-a-lifetime opportunities to showcase our country to the world – from Disney Pixar’s Brave (where Scotland is the lead character) in cinema’s UK-wide this month, to the vast array of exciting cultural events on offer as part of the Year of Creative Scotland.
“Scotland is well and truly open for business and while the poor weather of the summer has dampened Scottish soil it certainly hasn’t dampened our enthusiasm! That’s why we’ve developed a £3m campaign which will tap into the autumn market and remind people of all the great reasons to holiday closer to home.”
VisitScotland’s autumn campaign includes collaborations with Scottish National Galleries, Historic Scotland, National Trust for Scotland, Royal
Botanic Gardens and Scottish Civic Trust, as well as BA, Stenaline, East Coast, SYHA and Thistle Hotels.
Finance secretary John Swinney said the new activity will showcase “all that Scotland has to offer”. “Whatever the season, visitors can be assured of a warm welcome and a choice of activities from culture and creativity to mountain biking and hill walking in some of the most stunning scenery in the world,” he said.