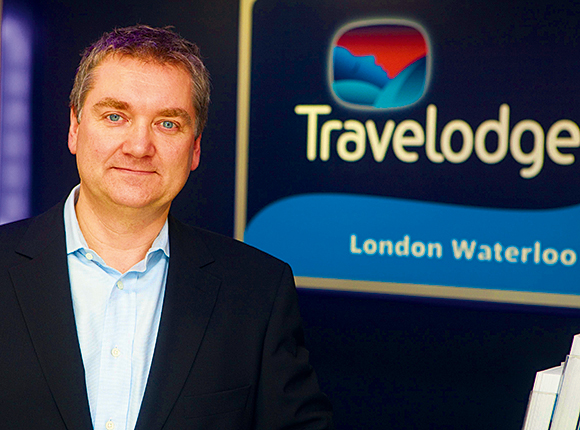 TRAVELODGE is to shed 49 of its 513 hotels and reduce the rent it pays on a further 109 as part of a financial restructuring exercise which aims to slash its debt by almost half.

As part of the restructuring, the budget hotel operator initiated a Company Voluntary Arrangement (CVA) last week, under which KPMG will negotiate rent reductions with certain landlords.
The CVA is expected to take around 17 days to complete and, according to Travelodge, will not impact on guests or suppliers.
Under the financial restructuring, bank debt of £235 million will be written off and £71m repaid, reducing Travelodge’s total bank debt from £635m to £329m; £75m of new money will be injected into the company and £55m will be spent refurbishing more than 11,000 rooms across 175 hotels, the firm said.
Travelodge chief executive Grant Hearn said the restructuring and CVA would put the company in a “much stronger position” going forward.

Image: Hearn: budgeting for the future.