Is it right for boards to consider pending charges before guilt is established? 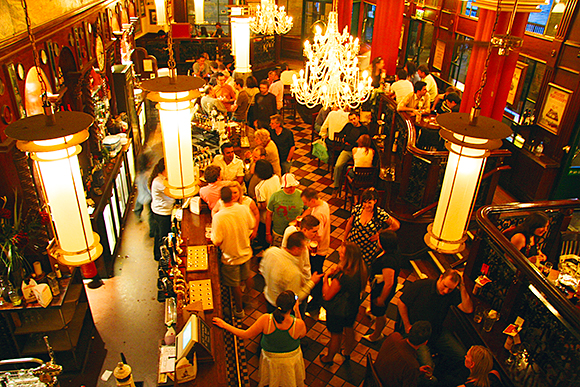 IN the last issue of SLTN solicitor Stephen McGowan deconstructed the suggestion that licensing boards might be able to look at convictions to be treated as ‘spent’ under the provisions of the Rehabilitation of Offenders Act 1974.

Under the old licensing Act, these convictions could be considered if the board came to the conclusion that justice could not otherwise be done.
But, as McGowan said, the new law leaves simply no “wiggle room” here.
Suppose a crime has been reported by the police to the procurator fiscal and a decision taken that criminal proceedings are not appropriate.
That’s unlikely to stand in the way of an application for a premises licence review with a potentially disastrous outcome.
Where a trial is due to take place, some licensing boards will accept a submission that a review should be put on the back-burner until the outcome of the case – a plea of sub judice – but there’s no guarantee.
Indeed, back in 2000 a Crown Office circular told prosecutors “that they should no longer require the police to delay intimation of complaints or objections to licensing boards… until the conclusion of the related criminal proceedings”.
This approach, according to the circular, allowed boards a choice as to whether they could consider such matters straight away or defer consideration until the conclusion of the prosecution process.
The directive thus opened up the scope for two approaches to the determination of guilt or innocence: a criminal trial and a licensing board hearing.
At a trial, guilt requires to be established “beyond reasonable doubt”. But licensing boards proceed “on the balance of probabilities” (a much lower test) and the taking of evidence from witnesses (who cannot be put under oath) is all but unknown.
The Nicholson Committee noted the terms of the circular and considered whether it was “consistent with the principles of justice” that a board might be entitled to consider a pending charge when guilt had yet to be established and the accused person might well be acquitted. As the committee observed, many lawyers have “considerable unease” about this practice, pointing to the European Convention on Human Rights, which enshrines the presumption of innocence as well as guaranteeing a fair trial and the right to examine the accuser’s witnesses.
Consider the following example of how gross unfairness might arise. A licence holder is handed a suspension following the sale of alcohol to a test purchaser by a member of staff. In such a case, the Sheriff, whose decision has been appealed, proceeded squarely on the basis that “constitution of the offence [of selling alcohol to a person under 18] does not require that a particular is found guilty of its commission”.
If I understand that proposition correctly, whatever might happen at a criminal trial is somehow of no consequence.
How can that possibly be the case?
If the licence holder is charged on a “vicarious responsibility” basis, a due diligence defence is available. The person who sold the alcohol can show either (a) that “reasonable steps” had been taken to establish the purchaser’s age (that is, the production of an approved form of proof-of-age) or (b) no reasonable person could have suspected from the purchaser’s appearance that he or she was under 18.
Of course, standing the requirement for an age verification policy, it’s very unlikely that the test purchaser will look at least 25.
But that’s not the point: the offence is selling alcohol to a person under 18.
The police will always say that test purchasers – typically 16½ year olds – look their age. But while a photograph of the test purchaser will be taken by police before the test purchase operations begin, that is never made available to a licensing board.
If the matter were to proceed to trial, the purchaser would require to appear, give evidence and be open to cross-examination by the defence.
Can it possibly be fair that there are two standards ofjustice: one of the licensed trade and another for the rest of us?

Image: There’s no guarantee a review hearing will be put on hold until after a criminal trial.