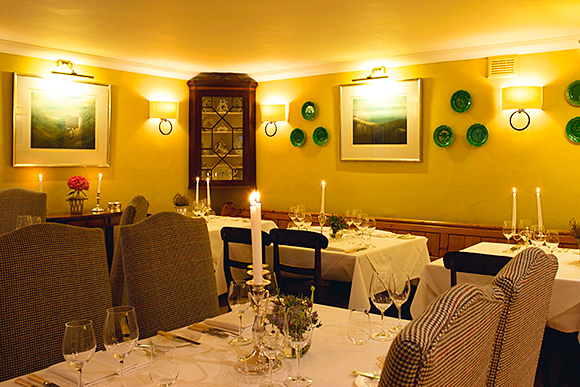 A DOUBLE-whammy of recession and road works is conspiring to put the squeeze on Edinburgh’s restaurants.

The “challenging” economic climate was cited by top chef Tony Singh as one of his main reasons for closing award-winning restaurant Oloroso in the capital earlier this month.
But according to Clemens Hoss d’Estenfeld, owner of fellow Edinburgh fine dining restaurant The Mulroy, the economy isn’t the only reason restaurants are struggling.
“Edinburgh in particular is appalling because of how the council runs its roads department,” he told SLTN.
“We’ve got problems with the trams, which has been going on for years and years and will go on for another two years at least, and that affects any kind of business in the city centre.
“On top of that I think there are only a handful of roads in the city centre which don’t have road works as well as the tram works. It’s a shambles and if you look around the city centre there’s one business closing after another.”
On the demise of Oloroso, Hoss d’Estenfeld said it was “sad such a well-established restaurant had to close its doors”. But he fears it’s one of “countless” other restaurants which may be struggling in the city. In Broughton Street alone, he said, as many as seven restaurants have been up for sale in the past couple of months, suggesting that picture is mirrored throughout the city. “You go anywhere in town and it’s the same story,” he said.
Despite the conditions, Hoss d’Estenfeld said it was still possible to trade successfully in the city – if the right offer is in place and overheads aren’t excessive.
“My school of thought is that the current climate is maybe quite good to open a restaurant – if the product is different and it appeals to people,” he said.
“We are a French fine dining restaurant and we produce top quality food at what I call affordable prices.
“The rent on William Street is fairly affordable, which among the other overheads I can control, allows me to produce affordable food at a top quality level.”