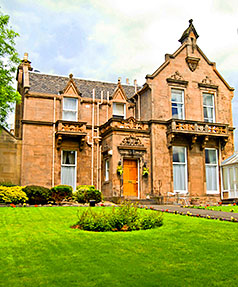 The property, which is set in its own gardens, dates from 1860 and currently operates with seven en suite letting bedrooms, a 20-cover dining room and a conservatory; there’s also one-bedroom owner’s accommodation with a private lounge.
Selling agent Bruce & Co said the business, which has been under the same ownership for 15 years, has a four-star rating from VisitScotland.
“This rare opportunity has only come to the market due to the current proprietors impending retirement,” said Bruce & Co in a statement.
Offers over £1.49 million are sought for Duthus Lodge.