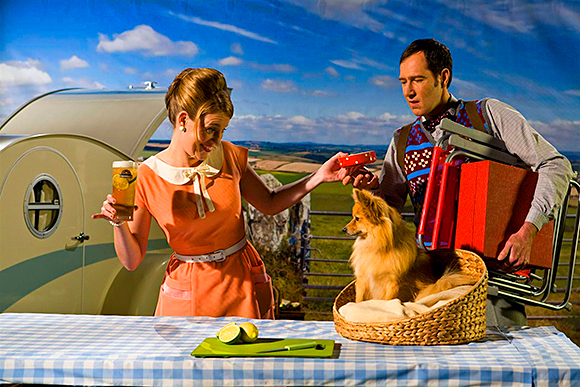 ALCOHOLIC ginger beer Crabbie’s is back on TV screens this month as part of a new wave of activity for the brand.

The new ad, which first aired on Monday (August 20), shows Crabbie’s characters George and Camilla enjoying a “truly spiffing” picnic; it highlights the original Crabbie’s alcoholic ginger beer and the spiced orange variant.
Some 60,000 Crabbie’s branded picnic baskets will be distributed to more than 3000 pubs across the UK as part of the campaign.
Al Cross, Crabbie’s marketing controller at Halewood International, said the campaign will include consumer PR and social media activity.
“The campaign is expected to reach several million people so we are encouraging retailers to stock up to avoid consumer disappointment,” he said.

Image – Life’s a picnic: Crabbie’s characters George and Camilla are back on TV.