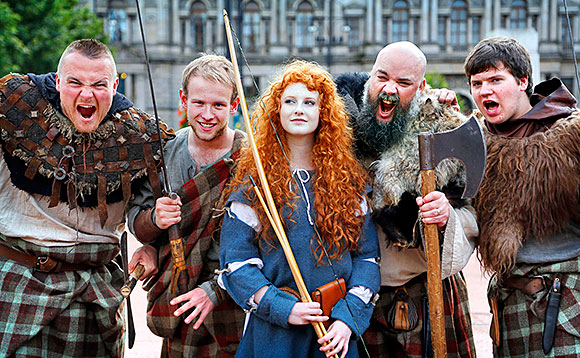 TOURISM businesses across Scotland are reaping the rewards of the ‘Brave effect’, VisitScotland has claimed.

As the Disney/Pixar animation set in the Highlands of Scotland opened across the UK earlier this month, the tourism marketing body said the film is already having a positive impact on the country’s tourism industry.
As part of VisitScotland’s tie-in with Disney, which encourages tourism businesses to take advantage of opportunities around the movie, it has 1000 ‘Brave travel experiences’ put together by tourism businesses across the country listed on its dedicated website.
The tourism group has also launched a new cinema and TV ad featuring footage from the movie.
Chairman Mike Cantlay said Scottish tourism businesses are “grasping the unique opportunity that Brave represents”.
“We estimate that the film will boost the Scottish economy by £140 million, with people from all over the world excited by the prospect of experiencing the landscapes, the history and the magic of Scotland – the land that inspired Brave,” he said.