News that HMRC is out to retrieve unpaid VAT in the hospitality industry is a warning for operators to ensure their tax affairs are in order, writes accountant Craig Mathieson 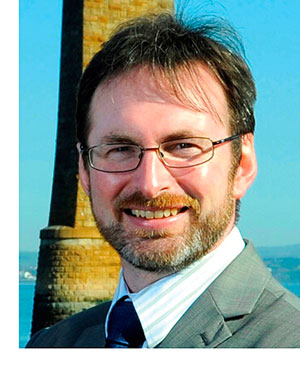 Hospitality sector operators would be advised to heed the motto of the Scout Movement and ‘be prepared’.

That’s because HM Revenue & Customs has just launched a new taskforce dedicated to investigating the highest risk tax evaders among Scottish pubs and nightclubs.
And if their tax affairs aren’t in order, they could face a 100% penalty for the deliberate evasion of VAT involving dishonesty and, in the most serious cases, criminal proceedings.
All of us pay for the fraudulent activity committed by the dishonest owners of cash businesses – last year’s VAT gap (the difference between what should be brought into the UK economy in VAT and the reality) – was estimated at £9 billion.
Be in no doubt that, as Scotland dips once more into recession, tax evasion is widespread in our hospitality sector.
Indeed, HMRC expects to extract £10m or more from its taskforces operating in Scotland, from cash businesses like restaurants and fast food outlets, with its pub/ nightclub team expected to yield another £5m.
So just how does HMRC go about recouping such considerable sums?
As a former HMRC VAT anti-fraud officer I used to spend many nights undercover in observation vans parked outside nightclubs and takeaway premises.
We’d count the number of customers entering premises and I was involved in countless unannounced cash-ups, where we would enter a pub or nightclub five minutes before closing time to examine their takings (which is invariably the highest grossing evening the trader has ever had).
But even a simple examination of a cash operation’s VAT returns, purchases and sales usually brings any fraudulent activity to light.
That’s because HMRC today has a fairly accurate assessment of what a hospitality sector outlet’s VAT return should look like, and where any such accounts vary to any significant extent from the sector norm, it will not hesitate to initiate a full-blown investigation into its tax affairs.
HMRC taskforces are made up of vastly experienced officers who have been there, seen it and done it – so they know when they’re being lied to – and they won’t accept excuses, having heard them all a thousand times before.
The unequivocal advice to any hospitality sector operator, therefore, is to ensure that they seek professional advice to ensure that their tax affairs are in order as a matter of urgency.
That’s where VAT specialists come in. The best advice for any cash business trader uncertain about his tax affairs is to confide in a specialist VAT accountant who will analyse the accounts and, on his client’s behalf, disclose that information to HMRC with a view to minimising any anticipated penalty and simultaneously seek to secure a ‘time to pay’ agreement.
There is perhaps some consolation to be had by any cash business trader concerned about the prospect of a visit by HMRC from the fact that the last thing HMRC wants to do is to put anyone out of business. That way no-one gets the money they are owed.
So while getting tax affairs in order can be a complex and time-consuming exercise, it’s certainly worth doing for cash business traders because, if they don’t, they run the very real risk of being hit with a huge penalty, bearing in mind that, while there’s a four year cap for the correction of errors for VAT, when it comes to matters of fraud, HMRC can investigate the trading record of a cash business back 20 years.
If you operate a cash business, then be in no doubt that HMRC will be watching you. It’s only a matter of time before they get around to knocking on your door.
The best thing you can do, therefore, is to seek professional advice to sort out your VAT affairs by taking a leaf out of the Scout movement and ‘be prepared’.
• Craig Mathieson heads the VAT department at French Duncan Chartered Accountants.