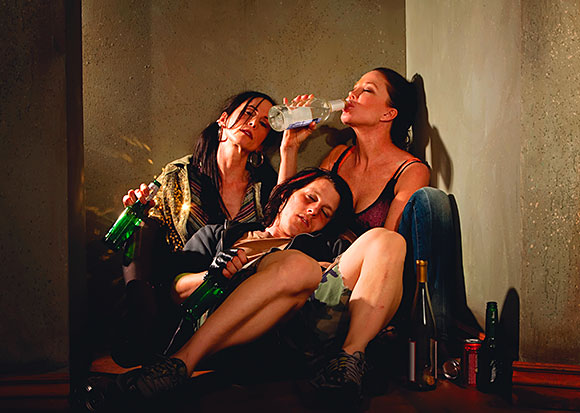 I READ Ian Payne’s recent article “Time to take on the health lobby” (SLTN July 12) with interest. I would suggest that Mr Payne’s instincts serve him well.

There seems to be a common misconception that the research undertaken by the University of Sheffield relates only to the minimum unit pricing (MUP) for off-trade.
In fact, the university’s research is quite far-ranging.
Here are some extracts from the original 2009 research:
“The university was tasked to undertake an assessment of the cost-effectiveness of wider interventions to improve management of the alcohol market including pricing policies, restrictions on advertising and measures surrounding alcohol outlet density and licensing hours”.
The pricing policy options are “general price increases, minimum unit pricing of alcohol at various thresholds and restrictions on price-based promotions”.
The actual research looks at the effectiveness of minimum pricing at thresholds set at between 20p and 70p.
A key point is an analysis of differential minimum pricing at a threshold of 40p for off-trade and £1 for on-trade.
The research showed that “differential minimum pricing for on-trade and off-trade would lead to somewhat greater reductions in consumption” and that “higher on-trade thresholds would produce a greater overall effect”.
Given that Scottish ministers have stated their preference for an MUP of 50p, then the corresponding on-trade MUP could be set at least £1.25 if the same differential was maintained.
So a pint at 4% ABV would cost around £2.88, while a pint at 5% would cost £3.59.
The executive summary then goes on to outline the “potential effects of changes in outlet density, licensing hours and advertising”.
The research undertook an analysis, based on evidence relating changes in outlet density to changes in alcohol consumption, to estimate the consumption and harm effects of a hypothetical 10% reduction in outlet density.
The research showed that “a 10% reduction in outlet density could lead to a 2.3% reduction in consumption, 692 fewer alcohol related deaths and 41,000 fewer crimes”.
The research also showed that “a 10% reduction in licensing hours could lead to a 1.2% reduction in consumption, 406 fewer alcohol related deaths and 20,000 fewer crimes”.
Beyond this, some what-if scenarios were analysed, ranging from a potential requirement that public health messages be carried in alcohol advertising to a total advertising ban.
So, in answer to Mr Payne’s question, the health lobby is not stuck for ideas on the question of “where next”.
I have worked with the homeless for ten years. I know, first hand, the consequences of alcohol abuse. Nobody is more committed to tackling alcohol abuse than I.
Our organisation, http://frontlinepolicy.org.uk/events has organised a conference, where speakers will include Dr Richard Simpson MSP, and myself.
We will be looking at the culture of alcohol abuse, MUP and newer, targeted initiatives to tackling alcohol abuse.
My concern is that minimum pricing will have no impact. In this regard, is it “worth a go”?
Possibly. In fairness to Holyrood, they have inserted the so-called “sunset” clause, allowing it to be scrapped if it’s not seen to be working.
My real concern is that minimum pricing will create a new market for organised crime.
Drug dealers are feeling the squeeze in a cut-throat business, and data shows that organised crime will ruthlessly exploit market opportunities.
So, how much of the alcohol market could organised crime take from the legitimate economy? 5%? 10%? 15%? More? Review the data and decide for yourself.
Ultimately, we all want to tackle alcohol abuse.
Luckily, Front Line Policy is not stuck for (common sense) ideas either.

• Mev Brown is the editor of http://frontlinepolicy.org.uk

Image: Mev Brown of Front Line Policy fears organised crime could cash in if a minimum unit price for alcohol is introduced in Scotland.