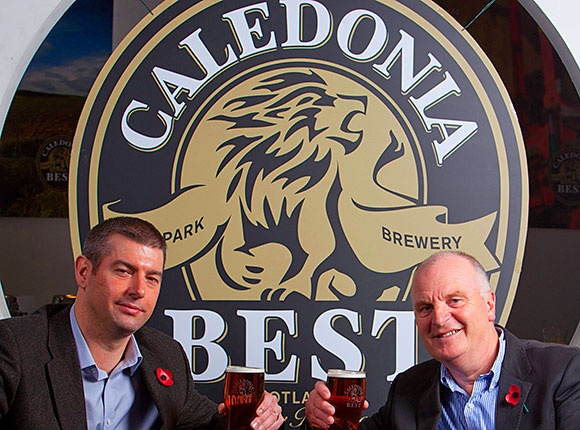 SCOTLAND’S biggest brewer is on Olympic form this month as it takes part in a showcase of Scottish food and drink in London.

Tennent Caledonian’s three flagship products, Tennent’s Lager, Caledonia Best and Tennent’s Original Export, are appearing at Scotland House on Pall Mall, where the Scottish Government is hosting a number of events and receptions throughout the games.
The beers are appearing alongside a range of Scottish food.
Scotland Food & Drink has been working with the venue to develop menus for the various events.
“There is huge excitement around the Olympics and we are incredibly proud to be a part of a great range of Scottish beers at Scotland House, representing some of Scotland’s finest food and drink to a global audience,” said Tennent Caledonian sales managing director John Gilligan.
“With visitors from Scotland and around the world likely to descend on Scotland House over the next few weeks, we are delighted to offer a taste of Scotland from our award-winning brewery.”
Most recently these awards have included trophies at both the Monde Selection and International Beer challenges.
Tennent’s Original Export, Tennent’s Scotch Ale and Tennent’s Extra, all launched this year, received medals at the events.
“Our decision to enter some of our beers into global competition for the first time in a number of years is a reflection of renewed confidence and ambition around the Tennent’s brewery at Wellpark,” said master brewer David Shearer.
Tennent’s has been focusing on expanding its presence in export markets such as Canada, Australia, Italy and the US this year.