TENNENT’S brewer C&C Group has joined a chorus of industry voices questioning plans to introduce duty stamps on bottles and cans of beer.

Dublin-based C&C has joined the British Beer and Pub Association in supporting the All Party Parliamentary Beer Group’s response to HMRC’s renewed duty fraud strategy.
HMRC has proposed extending the use of duty stamps, already applied to spirits, to beer and wine to stop criminal gangs profiting from the counterfeit alcohol trade.
The MPs’ report concluded that duty stamps were “not the way forward” at the present time amid warnings from the BBPA that the move could hit brewers with a £100 million annual bill.
“We came to the conclusion that introducing duty stamps would limit choice, add complexity and confusion, and possibly face a challenge in the European Union,” said group co-chair Andrew Griffiths MP.
The MPs’ two-month inquiry conceded that the trade in illicit beer had a “corrosive impact” on the industry. It said beer smuggling was costing the UK up to £500m in tax fraud each year and tighter controls must be put in place.
C&C said it was “broadly supportive” of the inquiry’s recommendations, stating: “We agree that HMRC’s superficially simple proposal of extending fiscal marking from spirits to beer is problematic. As the all party group comment, it is premature to extend fiscal marking at this stage and the proposal is likely to be disproportionately burdensome on the brewing industry.”
Meanwhile, new figures released by BBPA and the Campaign for Real Ale (CAMRA), with the support of the Society of Independent Brewers (SIBA), show that beer tax (beer duty plus VAT) is costing a typical pub £66,500 per year.
The bill is said to have risen by £18,000 (up 38%), since the government’s controversial beer duty escalator was introduced in March 2008.
An e-petition calling for a halt to the duty escalator already has the support of over 66,000, with hopes high that the 100,000 signatures needed for a debate in parliament will be achieved. “The whole industry is united on this vital issue,” said BBPA boss Brigid Simmonds. “These new figures show the unsustainable burden of this tax on pubs.” 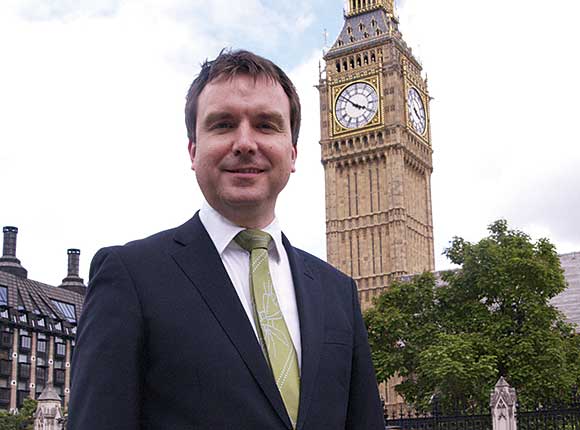 Image – Griffiths: stamps could be challenged.