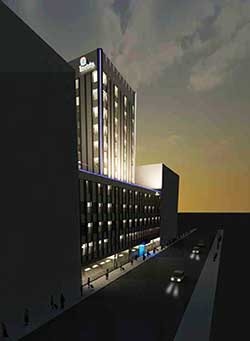 THE Hilton Garden Inn Aberdeen City Centre has been named the top hotel in the UK and the fourth best in the world, according to a deal website poll.

Expedia’s Insiders’ Select is an annual ranking of best-reviewed hotels based on feedback from more than 500,000 verified customer reviews.
Hilton area manager Stewart Lorimer said the staff are “thrilled” with the accolades, which come two years after the St Andrew Street hotel opened.
“This is a reflection of the amount of hard work that is put in by the entire team at the hotel and I am delighted that they have received this accolade,” he said.