INVER House Distillers rode on the coat-tails of the continuing whisky export boom as it saw turnover and profits rise significantly last year.

The Airdrie-based distiller, part of Thai-based International Beverage Holdings, saw pre-tax profits jump 61% to £15.46 million and sales rise 28% to £80.6m in the year to December 2011.
The results embodied strong performances by its core portfolio – malt whiskies Old Pulteney, AnCnoc and Balblair, blended Scotch Hanky Bannister and premium gin Caorunn – with the firm reporting a volume rise of 28% on key brands.
Old Pulteney, made at Scotland’s most northerly mainland distillery in Wick, is said to have gatecrashed the UK’s top ten malt brands on the back of sales rising 12%. Its 21 year old expression was also named the ‘world’s best whisky’ by respected critic Jim Murray.
In another domestic highlight, Caorunn was said to have become the UK’s third favourite premium gin; Inver House is now rolling the brand out across the USA backed by “significant investment”.
Inver House MD Graham Stevenson said the firm’s performance was in line with that of the Scotch industry as a whole.
“Despite the difficult economic conditions, the Scotch whisky industry continues to go from strength to strength, driven largely by emerging markets and also by the commitment to maintaining the high quality image of the category,” he said.
“We are no exception and the 2011 financial performance of Inver House Distillers represents continued investment in our award-winning product portfolio, with brands that are highly competitive across the spirit category and sold in over 85 countries around the world.”
Stevenson said the distiller had continued to invest in its core portfolio in its current financial year. Speyburn, its Speyside malt, has received a “full refresh”, New York-based illustrator Peter Arkle has designed a range of limited edition labels for AnCnoc and new Balblair vintages have been released, including the 1975 this month.
Replacing the 1978, the 1975 is the first vintage to get a second release, though the latest liquid varies in style from the original, having been laid down in Spanish oak ex-sherry casks compared to American oak ex-sherry barrels.
The new Balblair 1975 Vintage has an RRP of £235. 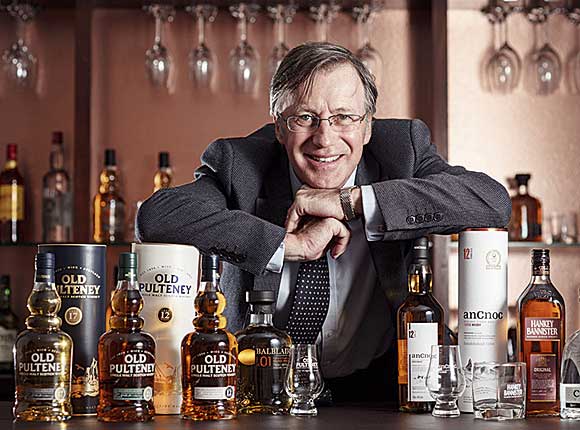