EURO 2012 and the Diamond Jubilee are credited with bolstering JD Wetherspoon’s sales.

The pub group, which has 800 outlets across the UK, including more than 50 in Scotland, recorded a 6.1% rise in like-for-like sales in the 11 weeks to July 8. Total sales were up 11.9% in the period, according to a pre-close statement published before Wetherspoon’s financial year-end on July 29. In the year to July 8, like-for-like sales were up 3%, while total sales climbed 9.2%.
The firm has opened 40 new pubs across the UK since the start of its financial year, including recently-launched outlets in Helensburgh and Dunfermline, and closed three.
Wetherspoon said it remains on track to open between 20 and 30 pubs in its next financial year.
“As previously stated, the main challenges for the company in this financial year of 53 trading weeks have been the continuing cost pressures resulting from government legislation, including increases in excise duty, business rates and carbon tax,” it said.
“We expect to achieve a reasonable outcome for the current financial year.”
Wetherspoon’s latest pub in Scotland, The Guildhall & Linen Exchange in Dunfermline. 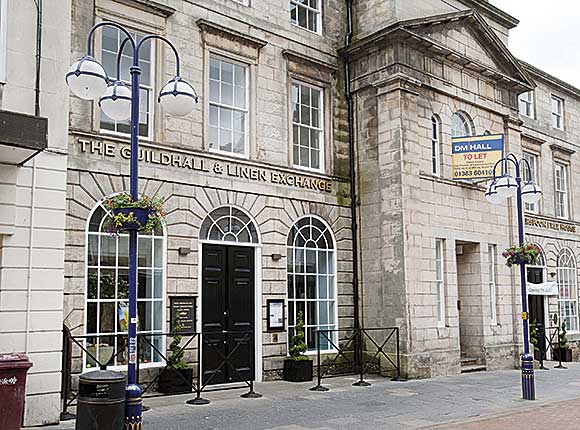