A NEW competition to find the country’s best creators of wine-based cocktails has been won by the team from Bramble Bar in Edinburgh.

Ian Griffiths and Johanna Cole managed to shake off five challengers to claim first prize in the inaugural competition organised by wine wholesaler Entoria.
Bramble’s winning mixologists secured their place in the grand final after coming through heats hosted by Lebowski’s in Glasgow and The Bon Vivant’s Companion in Edinburgh, where judges enjoyed an array of original cocktails including tea-infused drinks, Mortloch Nero d’Avola whisky ice-cream and vodka infused with cured Italian meats.
That gave a tempting taste of what was to come when teams representing Bramble, Edinburgh’s Bond No 9 and The Bon Vivant, The Old Course Hotel in St Andrews, Dakota Eurocentral in Lanarkshire and Glasgow’s Tiki Bar gathered at Edinburgh’s Sky Bar at the Point Hotel with their sights set on the ultimate prize.
And after a hotly contested cocktail confrontation it was the Bramble team’s ability to “think outside the box” that most impressed the judges and earned the talented duo first prize of a three-day trip to Sicily.
“We have seen some exiting and innovative processes,” said sales training manager at Entoria Paul O’Donoghue.
“The cocktails have not been the only cleverly conceived ideas on show; we’ve also had teams with different selections of music to accompany their drink and presentations.” 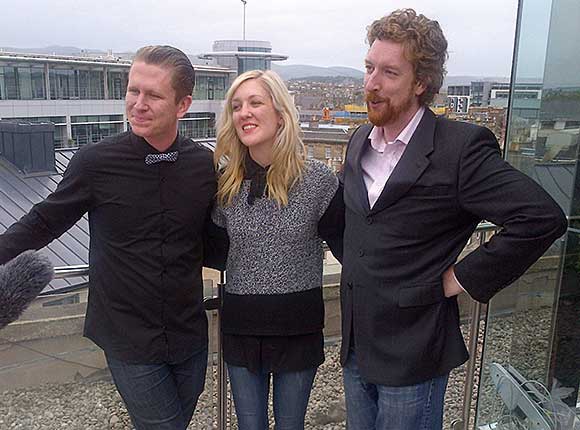 The Bramble team’s ability to ‘think outside the box’ impressed the judges the most.

O’Donoghue praised the level of commitment and enthusiasm shown by all the entrants and, although Bramble came out on top, the Old Course Hotel was judged to have created the ‘the best cocktail of the day’ with its version of a Bloody Mary, which it named Maria di Medici.
The Old Course team’s second place finish was rewarded with a dinner date at a top Scottish restaurant hosted by Rathbone Wine Group’s Ryan Morgan, while each member of the third placed team from Bond No 9 went home clutching a case of Peller Estate Ice Cuvee.

A knowledge mine for wine