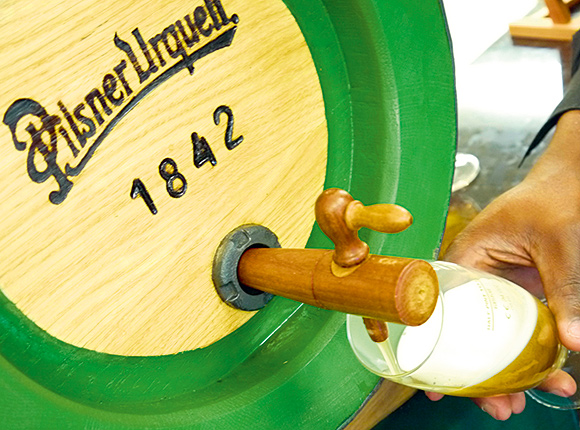 A SELECT band of UK beer drinkers are to get the chance to taste a Czech brew in its unfiltered and unpasteurised state – just 24 hours after it leaves the brewery.

Miller Brands is to supply selected outlets with 25-litre oak barrels of Pilsner Urquell in its purest form straight from the brewery in Pilsen.
The brewery-fresh beer will be served in venues by brand ambassadors, who will explain the beer’s heritage and production process.
The unfiltered and unpasteurised beer is described as being slightly cloudy in appearance, due to the remaining yeast, and is said to have a sweeter and more full-bodied taste.
Lucy Jordan, director of customer marketing at Miler Brands, said the offer, which will run for the rest of the year, aims to showcase the brand’s authenticity and unchanged brewing process.
“This exclusive activity will allow consumers to discover how the brand became the original Pilsner from Pilsen, while tasting unfiltered and unpasteurised Pilsner Urquell,” she said.
“Pilsner Urquell is an authentic Czech beer for beer lovers who appreciate quality, tradition and authenticity and should be stocked by outlets looking to profit from the trend towards world beer.”

Image: The beer will be supplied in 25-litre oak barrels.