Too many variants could harm sector

FROM core apple and pear variants to a plethora of fruit and berry combinations, the cider category is as diverse as they come.

Since Magners arrived on the scene nearly a decade ago, cider’s popularity has soared – as has the number of brands and flavoured variants on the market.
That Mintel research published a couple of months ago revealed cider consumption in the UK had nudged ahead of lager wouldn’t have come as much of a surprise to anyone in the trade.
But is the growth of the sector sustainable?
Absolutely, according to cider firms contacted by SLTN – providing new products coming to the market represent ‘genuine’ innovation.
Both Davin Nugent, at Kopparberg distributor COS Brands, and Sanjay Patel, brands director for cider at Bulmers and Strongbow owner Heineken, told SLTN there remains scope for both new variants and further sales growth, so long as the category is not flooded with new variants. 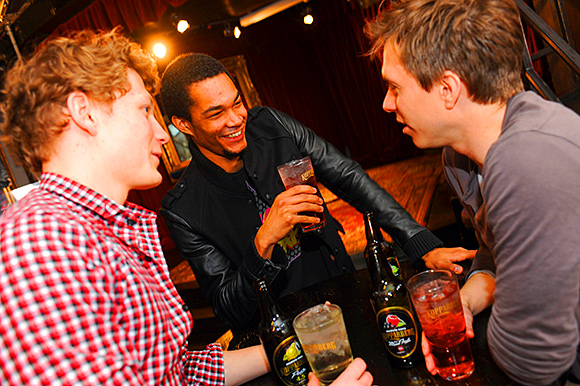 It’s for this reason both Kopparberg and Bulmers advocate the introduction of seasonal or limited edition ciders, over permanent additions to the range.
Kopparberg Raspberry & Mint is the current seasonal flavour from the Swedish brand, which followed the winter Cranberry & Cinnamon variant, and joins the core range of Pear, Naked Apple (launched last month as a less sweet replacement for its original apple variant), Mixed Fruit, Strawberry & Lime and Elderflower & Lime.
Nugent said as well as helping the general health of the category, a programme of seasonal ciders also brings benefits for licensees and consumers.
“If everyone is running in to cider and launching multiple variants, where’s the innovation?” he said.
“And it means there will be too many variants, which puts too much pressure on licensees who are tight for fridge space.
“It’s a huge market that’s hungry for new variants but there’s got to be a balance.
“A seasonal range allows us to satisfy the demand from consumers for new flavours without over-egging it. We want to ensure we’re part of a solution not a problem.

“We have a core range of five, and the seasonals give publicans the chance to try something different without taking a risk with a brand they don’t know.”
It’s an approach that appears to be shared by Heineken with its Bulmers brand.
The core range of bottled ciders – Original, Pear and red berry and lime variant No 17 – were joined by limited edition Bulmers Vintage Reserve earlier this year; its launch followed Crisp Blend and Red Apple.
Patel told SLTN Bulmers’ limited edition variants change on a yearly basis.
“There is scope for further innovation when it comes to cider,” he said.
“If you look at cider’s share of LADs (long alcoholic drinks) in the on-trade, it’s only 11% – that’s total cider; for me it’s still a relatively underdeveloped category and I think there’s still lots more development to come.
“The danger is it overheats and there’s too much innovation and choice, which then confuses consumers.
“There is a danger with the way some manufacturers go about introducing new flavours; some do it well and it’s healthy for the category, but others don’t and it’s dangerous to the category.”
Patel concedes the sheer number of brands and flavoured ciders on the market can be intimidating for operators when it comes to choosing what to stock – and warned licensees against stocking too many different variants.
“You’ve got to get the balance right,” he said.
“On-trade retailers should have an apple and a pear cider – those are the two bedrocks of the category.
“And most want to offer flavours because it’s interesting and exciting for consumers and allows them to experiment, so they should stock a selected flavoured range but make sure it’s from a big brand that people trust. It’s important to make sure you don’t offer too much choice.”

Images: Swedish cider Kopparberg is said to have broad appeal with almost half (47%) of its consumers male. Bulmers bolsters its core range, which includes No 17, with limited editions like Vintage Reserve.