CIDER’S establishment as a year-round drink has long been talked up by brand owners and producers.

But despite its perennial appeal, it seems there’s still a definite sales spike when the mercury rises.
Proof, if it was needed, came late last month when Scotland basked in a mini-heatwave.
The sunny spell had consumers heading to pub beer gardens en masse – and, according to outlets contacted by SLTN, sales of cider soared.
Collette Collin, general manager of Glasgow pub Lock 27, said sales went “through the roof” during the week-long sunny spell.
“It was insane,” she told SLTN.
“My spirit sales drop [when it’s warm], because people don’t want to sit and drink spirits in the sun, but cider goes through the roof.”
The Anniesland bar stocks a range of ciders, including Orchard Cider and Dry Blackthorn on draught and Rekorderlig and Magners in bottles.

Collette said each cider has its own audience – Magners in bottles, for example, is predominantly purchased by men, while Rekorderlig is drunk by both men and women.
And it was the Swedish cider that sold particularly well during the May heatwave, the GM said.
“With the good weather I just sell huge amounts of these flavoured ciders,” Collette added.
“In three days I did 40 cases of the Strawberry & Lime Rekorderlig.
The Glasgow outlet wasn’t the only one whose cider sales rose in line with the temperature.
Ailsa McCallum, general manager of Inverness pub and restaurant Johnny Foxes, said cider sold particularly well during the sunny spell.
The outlet’s cider range includes Strongbow on draught and Magners and Kopparberg in bottles.
“With the recent sunshine the Kopparberg was just flying out of the fridges up here,” Ailsa told SLTN.
“It appeals to every age range, I think. It’s easy to drink, it’s enjoyable in the summer, it’s cooling, it has that sweetness that everybody likes.
“It’s attractive to people, and everybody knows it. It’s been really well branded.”
Kopparberg also appeared to enjoy strong sales in the north east of the country.
Dennis Forsyth, owner of Cheers Cafe Bar in Fraserburgh, said sales of the Swedish brand increased during the recent warm weather.
“We have a big ice machine and it can’t cope with the amount of ice we go through with the Kopparberg,” he told SLTN.
Although cider sales at Cheers were up during the good weather, Dennis said it doesn’t need to be sunny for the Fraserburgh bar to record strong sales.
“There’s no doubt it’s a year-round drink now,” he said.
“I’ve found now that if customers have been out the night before they like to hit the Kopparbergs. They might progress to pints, bottles or spirits, but Kopparberg seems to be seen as the refreshing one. It just seems to do the job for them, and I can’t see that changing.
“It’s amazing how varied [the customer base is]. You’re looking at a mixture from 18 year olds up to people in their 40s.”
Swedish ciders weren’t the only ones to benefit from the summer sun, however.
At Edinburgh’s Bond No.9, winner of SLTN’s Cider Bar of the Year Award for 2011, Magners and Bulmers were the big sellers during the warm spell, with Bulmers No.17 – the red berry and lime variant– said to be particularly popular.
Co-owner Kara Anderson told SLTN the launch of new flavoured ciders and seasonal variants is attracting new consumers to the category.
“I think everybody drinks cider, I don’t think there’s a specific type of person,” she said.
“It’s totally weather-dependent. When people are drinking during the day, or if it’s their first drink of the day, they’re going to tend to drink cider over a spirit/mixer or a beer.”

Once a bartender explains what’s involved in making cider and the different styles, people are more keen to try it. 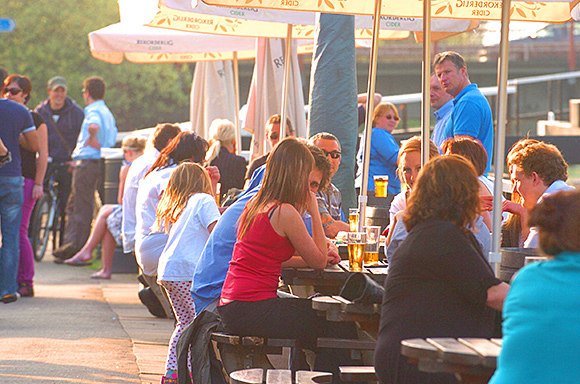 Bond No.9 stocks a wide range of ciders, including Briska and Stowford Press on draught and Magners, Rekorderlig, Kopparberg, Aspall and Henry Weston in bottles.
And Kara said consumers are open to trying different products, rather than sticking to a single brand.
“Obviously everyone has a preference of what they like, but once you get a bartender actually explaining the effort that goes into a cider, what’s actually in it and the different tastes in it then they try it and tend to like different things,” she added.
“If they drink cider they’re more open to different ciders, as opposed to someone that just wants a pint of beer.” 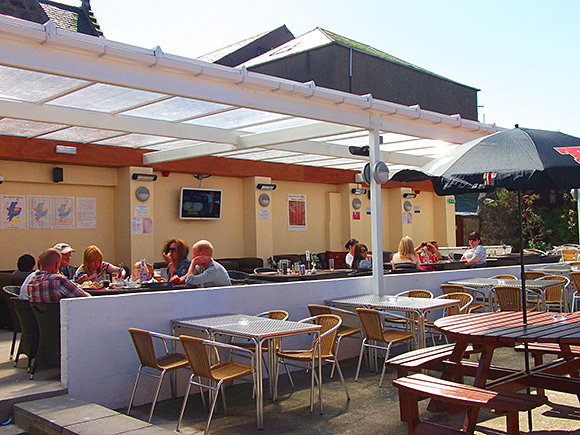