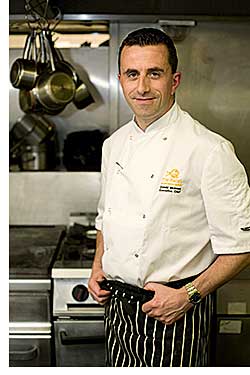 THE stars have been out in force at Ayr Racecourse and the adjacent Western House Hotel.

Recent months have seen executive chef Donald McInnes cook for a glittering array of dignitaries, including Scotland’s First Minister, Alex Salmond, Man United boss Alex Ferguson, former United captain Bryan Robson and boxing legend Mike Tyson.
The venues also catered for electro pop group Human League, preparing food for the group’s dressing room prior to their gig at Ayr Racecourse, as well as an after-show meal at the hotel, and Channel 4 racing presenters Nick Luck, Alice Plunkett and Alistair Down.
“We have certainly had a busy time during the last few weeks and I’d like to think this will continue during the remainder of the year,” said Donald.
“Every customer is important to us but you know you must be doing something right when you have the likes of the First Minister and Sir Alex Ferguson in your restaurant.
“But it doesn’t stop there – Frank Bruno and Pixie Lott will be among my clients in the coming weeks.”