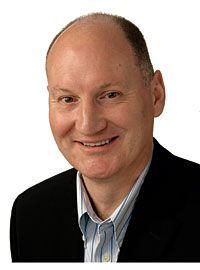 THE man who runs the UK division of Molson Coors is to take on a new role as CEO of the brewer’s newly acquired European drinks business, StarBev.

Mark Hunter is joining the business best known for Czech beer Staropramen after leading Coors’ operations in the UK and Ireland since 2007.
Before then the Scot was chief commercial officer for Molson Coors Canada.
Molson Coors acquired StarBev, owner of Staropramen, last month for 2.65bn ($3.54bn).
“Mark is an extraordinary brand builder and a strong leader who knows how to win in a highly competitive, complex environment,” said Molson Coors CEO and president, Peter Swinburn.
“We are fortunate enough to have a proven leader ready to step into this new business and drive results from day one.”
Hunter will be replaced at Molson Coors UK & Ireland by Stewart Glendinning, currently global chief financial officer for Molson Coors, with Gavin Hattersley succeeding Glendinning.
Hattersley was previously executive vice-president and chief financial officer for MillerCoors, the US joint venture owned by Molson Coors and SAB Miller.
Hunter’s new role has also led to his resignation as chairman of the British Beer and Pub Association. Hunter joined the BBPA board in 2009 and chaired its finance committee from 2010 until 2011. He was appointed chairman in December 2011.
The BBPA is expected to announce a new chairman soon.