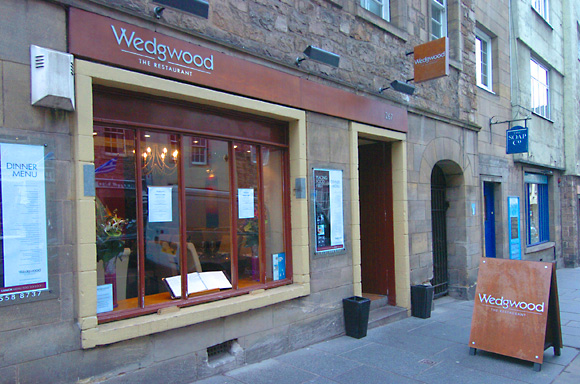 FINE dining without the pomp and ceremony.

It’s the philosophy that’s consumed the owners of Wedgwood the Restaurant in Edinburgh since it opened its doors in 2007.
And it very much seems that co-owners Paul Wedgwood (chef) and Lisa Channon (front of house) are on to something, having seen their restaurant twice named SLTN/Bunnahabhain Restaurant of the Year (£35 and under), the latest accolade coming in November.
Having spent time checking out the restaurant scene in Edinburgh before taking the plunge, Paul told SLTN last week that he and partner Lisa identified what they felt was a gap in the market for “relaxed fine dining”.

The Edinburgh restaurant scene is phenomenal. It’s hard to get a bad meal.

“Value for money was probably the key objective,” he said.
“We bend over backwards to cater for everybody’s needs here, so nobody could ever leave the restaurant with any kind of negative comment.
“We’ve always tried to cover every single base, and do it for a really reasonable price.
“We were always going to go down this semi-fine dining route, but without any of the pomp and rubbish that goes with that.”
Paul describes the cuisine at Wedgwood as “semi-fine dining while keeping it as local as possible”.
This dedication to local produce includes the use of locally-foraged ingredients, some of which are sourced by the chef himself. 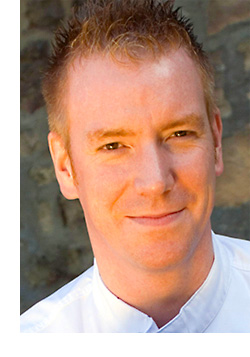 Scottish suppliers are also prevalent on the drinks side, with beers from local microbrewer Stewart Brewing and wine from Edinburgh merchant L’Art du Vin.
In keeping with Wedgwood’s fine dining/value for money philosophy, starters range from £6.95 (courgette, spinach and goats cheese wraps) to £12.95 (for diver-caught king scallops), with main courses from £13.95 (for spiced chickpeas, spinach, confit tomato) to £26.95 (for beef fillet with chunky potato matchsticks and seasonal vegetables) and desserts around the £6 mark.
The balance of value and quality has also helped the restaurant to defy the recession, said Paul, with the outlet full every night despite the economic downturn.
This is arguably an even more impressive feat given the quality of the other restaurants in the capital.
Paul said the standard has risen dramatically since Wedgwood the Restaurant opened five years ago.
“The Edinburgh restaurant scene is phenomenal,” he said.
“It’s really difficult now to go out and get a very bad meal.
“It’s been fantastic to be part of this movement in Edinburgh, seeing the scene just climb and climb.
“It’s well-documented now that Edinburgh is the second culinary city after London, and there’s new places opening up all the time.”
In a bid to keep his restaurant at the forefront of the scene, Paul carried out a revamp earlier this year.
As to the future, he acknowledged that a second Wedgwood Restaurant “has been on the cards for quite a while”, but has been held back largely by the chef/proprietor’s own busy schedule.

We were always going to go down the semi fine dining route, but without the pomp.

It’s a schedule that has included several trips to Barbados, for food shows and cookery demonstrations, and will soon feature an appearance on a US travel show about foraging.
During these excursions the kitchen at Wedgwood is left in the capable hands of sous chef Marc Donkin.
“I’m lucky enough to have a great team,” added Paul.
“They’re all quite settled boys who have been with me for a while now.
“I couldn’t ask for a better set of guys in my kitchen.”