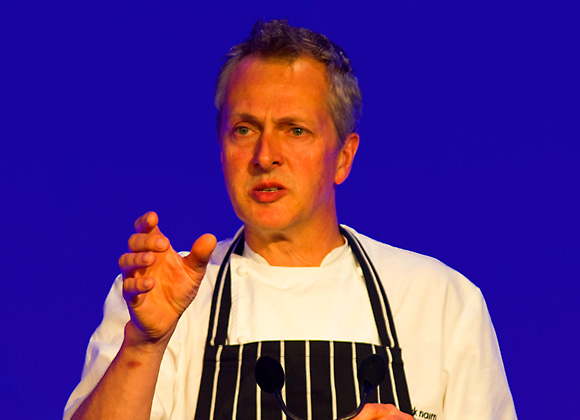 SOME of Scotland’s top food and drink producers are in the running for top industry awards later this month.

The 2012 Scotland Food & Drink Excellence Awards attracted close to 200 entries, which have been shortlisted to around 50 ahead of the awards ceremony, which is set to take place on May 24 at the Doubletree by Hilton Dunblane Hydro Hotel.
Organised by the Royal Highland and Agricultural Society of Scotland and Scotland Food & Drink, the awards seeks to recognise companies and their products across 17 different food and drink categories.
Gordon & MacPhail, VC2 Brands, Fyne Ales and Pincer Vodka are all in the running in this year’s drinks category, which is sponsored by headline sponsor Asda; while Fife-based Spencerfield Spirit Company and Summer Isles Foods have been shortlisted for the Export Business of the Year award, in association with Clydesdale Bank.
Summer Isles Foods, which is based in Achiltibuie near Ulapool, is also in the running for the Food Tourism award, sponsored by tourism marketing body VisitScotland; the Puffer Bar and Restaurant on Easdale Island on the west coast and A Taste of Arran are also shortlisted.
In other awards, St James’ Smokehouse and Loch Duart Ltd are up against each other in the fish category, sponsored by Asda; while Simon Howie Foods, Carmichael Estate Farm Meats, Macsween of Edinburgh and Scotbeef Meat Packers Ltd have been shortlisted in the meat category, also sponsored by the supermarket.
The shortlist for the event’s Young Talent Awards, which recognise young professionals working across the industry, including chefs, sommeliers, managers and manufacturers, has yet to be announced.
Edinburgh-based chef Mark Greenaway, who was a member of the judging panel, said the standard of entries was very high.
“I was impressed with both the range and quality of products entered, both from very small and very new producers to larger, more seasoned companies,” he said.
“It’s really encouraging in the current financial climate to see new businesses starting up and striving to improve the perception of Scottish food and drink.”
James Withers, chief executive of Scotland Food & Drink, said Scottish producers are continuing to raise the bar.
“When people ask what makes Scottish food and drink special I tell them to take a look at the companies who enter the Excellence Awards,” he said.
“Every year the standard gets higher and the range of products and businesses represented becomes more diverse.
“The awards not only showcase our abundant natural larder but also the innovation, ingenuity and economic impact of the Scottish food and drink industry, from artisan producers to multinational companies.”