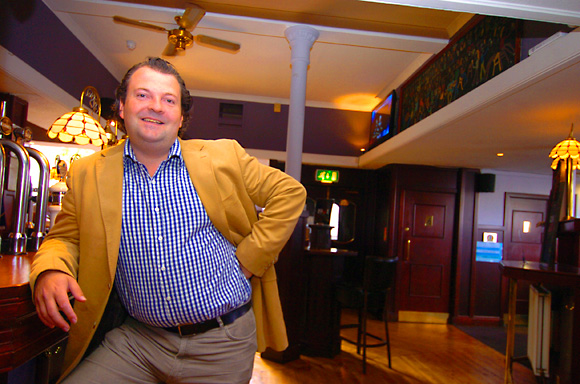 A GLASGOW-based pub operator has launched a new division dedicated to turning around distressed pubs.

Graham Sutherland’s Urban Pub Company has its own portfolio of pubs in and around the city, including 1901 in Shawlands and the Wise Monkey on Great Western Road.
But it has also earned a reputation for reviving the fortunes of distressed pubs for Punch Taverns and private landlords.
Now it’s in such demand that it’s set up a specific division offering management services.
Sutherland, whose firm has recently taken on The Halt in Glasgow and Carrigan’s in High Blantyre for Punch, said his firm is now geared up to taken on further projects.
“We’re doing so much of this work that we really need to get out into the market and talk to people other than those we’re already dealing with,” he said.
“We also want to spread our wings out of Glasgow and look further afield. We’ve now got the systems in place and we know that they work.
“We’re turning things around for landlords and putting them back out [to be leased].”
So far the bulk of contracts handled by Urban have been for Punch, including Carrigan’s, which he said now has a “good tenant in place”.
“We’re a very open book,” he said. “We’re able to give them [clients] details of exactly where things are, so if a tenant makes a decision to go in, the figures and costs are all there in black and white. It gives Punch the opportunity to see what the unit is doing as well.”
Sutherland said getting back to basics is key in taking on any pub business in distress.
“We recently took on the Corona [in Shawlands] from Spirit and spent money on it to give it a freshen up,” he said.
“Spirit has it’s Ready for Business compliance [programme] in place and over and above that we introduced things that maybe haven’t been done before, looked at the product range on the bar and really just gave the pub a new lease of life.
“We reintroduced the basics back into the business. In some cases it’s just bringing the pub back to the way it should be.”
Sutherland also refused to rule out taking on some of the leases in question himself.
A case in point is McPhabb’s on Glasgow’s Sandyford Place, which Urban began managing on behalf of Punch recently.
“Because of the systems and back office we have in our core estate, it’s very easy for us to put systems in place that sometimes haven’t been there before,” he said.