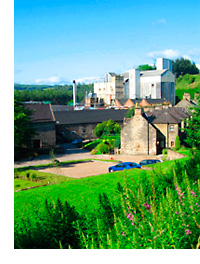 SPEYSIDE single malt Tamdhu is to be relaunched in 2013 – two years after the mothballed distillery was acquired by Ian Macleod Distillers.

The firm, whose brands include Glengoyne and Smokehead, aims to reintroduce the single malt as a “premium brand aimed at aspirational connoisseurs”. Glasgow-based marketing agency Good has been tasked with creating a new brand identity for the whisky which will appeal to “contemporary and affluent” consumers.
News of the relaunch for Tamdhu, Gaelic for ‘little dark hill’, came as reports said that Ian Macleod Distillers recorded a 25% jump in turnover to £43 million last year, driven by growing demand for its whiskies in south east Asia.
Ian Macleod Distillers bought Tamdhu distillery, which was mothballed in 2010, from the Edrington Group last June for an undisclosed sum.